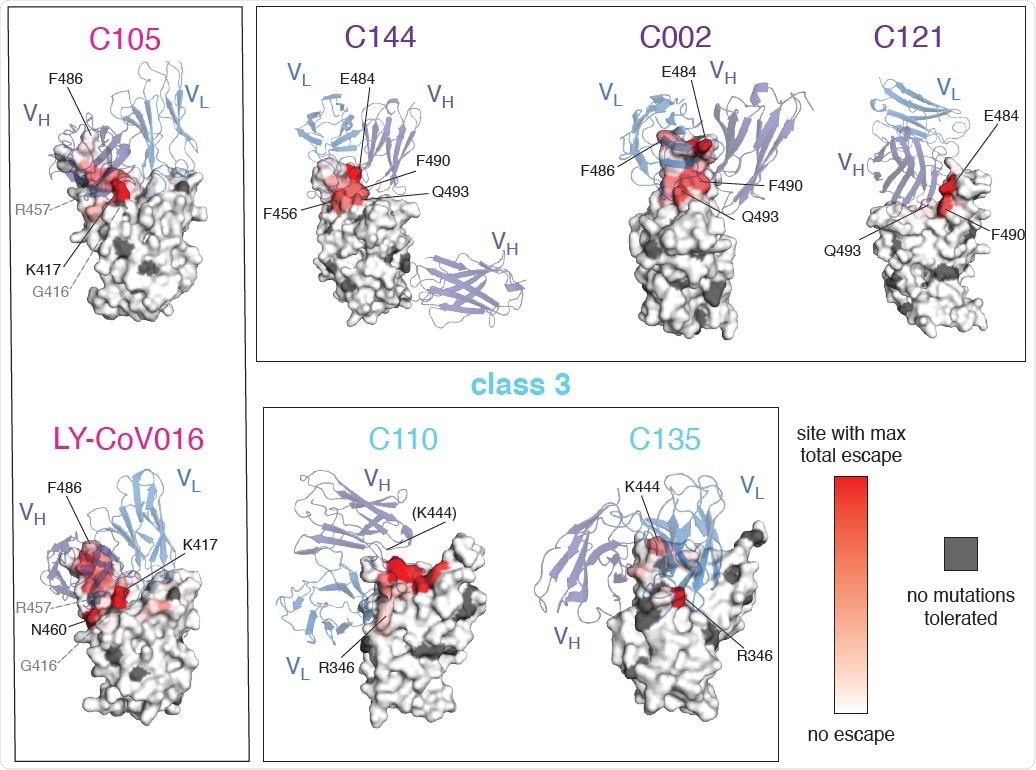 Transitions to the genome of acute coronavirus respiratory syndrome 2 (SARS-CoV-2) have been documented more and more worldwide, at least to the spike and receptor binding (RBD) protein domain of the virus. However, this small number of exposures has been associated with the avoidance of textured polyclonal antibodies developed with SARS-CoV-2 infection in the past, since the majority of these neutral antibodies target the RBD. In a paper recently uploaded to the preprint server bioRxiv*, Greaney et al. (March 18th, 2021) fully mapped RBD mutations that allow the virus to better obtain resistance against three selected neutral monoclonal antibodies and polyclonal antibodies isolated from patient plasma. The group identified one class of epitope-specific antibodies on the RBD of SARS-CoV-2, suggesting that human polyclonal response to SARS-CoV-2 infection is regulated by a narrowly sensitive range of antibodies to targets an epitope that is undergoing rapid mutation.

What antibodies are targeted to SARS-CoV-2?

A deep yeast-induced mutation scan method was used to generate a library of 3,800 SARS-CoV-2 RBD mutants, ordered to remove mutations with no affinity to the ACE2 receptor because mutation as that eliminates the feasibility of the viral restriction. Fluorescence-activated cell classification was used to separate yeast with none of the antibodies recruited from those without, allowing the mutations with a charge to identify a smaller relationship.

Movements that escape antibody binding usually occur in the direct structural trace. (A) The total escape at each site is mapped on the surface of the Fab-bound RBD, with white indicating no escape and red indicating the site with the greatest escape from that antibody . Sites where mutations are not accepted for RBD folding or ACE2 binding are marked in dark gray. For C105 and LY-CoV016, gray labels with dashed lines show examples of contact sites without any modifications. For C110, the common area where site 444 (structurally unresolved) would be identified.

What changes allow for escape?

The group found that mutations allowed by a protective antibody were detected at sites similar to the RBD. Class 1 and 2 antibodies, in particular, were escaped with mutations in the RBD, but at specific sites, while class 3 antibodies were escaped with a set of other non-RBD mutations. Because both class 1 and 2 antibodies target regions of the RBD with some cross-linking, some strains have been observed to allow deviation from both.

When the structure of the mutant RBDs that allowed antibody to escape was examined, it was found that most of them were located at sites directly attached to the antibody, providing a steric barrier that prevents successful merger. However, some mutation sites that were not in direct contact with the subterranean were also able to reinforce distractions, either by disrupting the overall structure of the RBD or by cost-effective interactions that close connection for difficult connection.

The most obvious mutations for antibody avoidance over the range of antibodies tested included those at F456 and E484 sites, particularly notable since the class 2 antibody escaping from E484K mutation recorded in several fertile long lines, including B.1.351, P.1, P.2, and B.1.526. Of these, the B.1.351 and P.1 strains also carry a class 1 antibody escape mutation K417N or K417T, respectively. Very few note lines have been found to carry class 3 antibody escape mutation, one example being the B.1.429 line, with L452R mutation. Since class 3 antibodies are generally not as potent as class 1 or 2, this trend has only a small but still significant effect on immune escape. Currently, however, no pressure includes mutations that allow escape of all three antibody classes.

The group suggests that the ability of class 2 antibodies to target the RBD in both the open or closed confluences explains the dominance of this class in the immune response, although this specificity is leading to rapid evolution of SARS-CoV-2 lines capable of escaping these antibodies. Therefore, close and careful monitoring of the development of such mutations is of paramount importance to the ongoing efforts of public health and vaccine development.

bioRxiv publish preliminary scientific reports that are not peer-reviewed and, therefore, should not be seen as final, guiding health-related clinical practice / behavior, or be treated as information established.