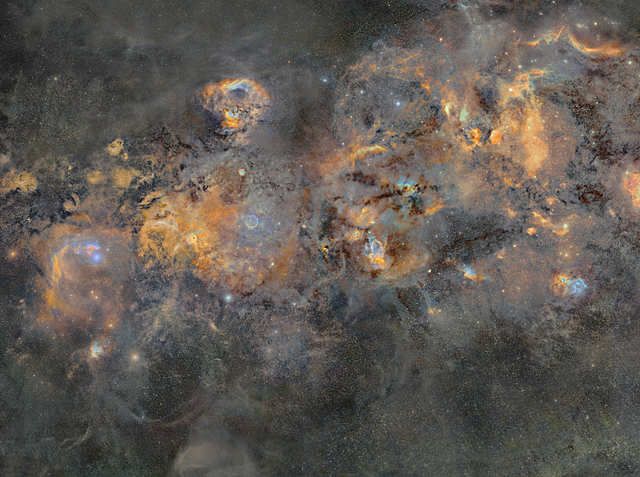 Back in 2009, Metsavainio started this project, which is a 100,000-pixel mosaic of the Honeycomb Trail made up of 234 individual images all stitched together. The resulting image captures the entire galaxy, with approximately 20 million 200 billion Milky Way stars.

So how would one image take 12 years?

In his blog, Metsavainio points out “the size of the mosaic and the fact that the image is very deep. Another reason is that I have burned most of the mosaic frames as individual writings and gam published as an independent work of art. ” In the blog, Metsavainio also includes information about the various cameras and some of the more specific techniques he used to create this image.

Related: Photos from space! Our image of the day

Some of the square materials in the Milky Way required more visibility than others, as some appeared lower and were more difficult to see. For example, one supernova remnant took more than 60 hours of exposure, he explains in his blog.

While the whole image by itself is amazing, due to the detail that Metsavainio was able to capture in this mosaic, there are many “hidden gems” you can see. Those parts of the full picture showcase the beauty of celestial objects like the California Nebula, the Pelican Nebula, the Wizard Nebula and more.