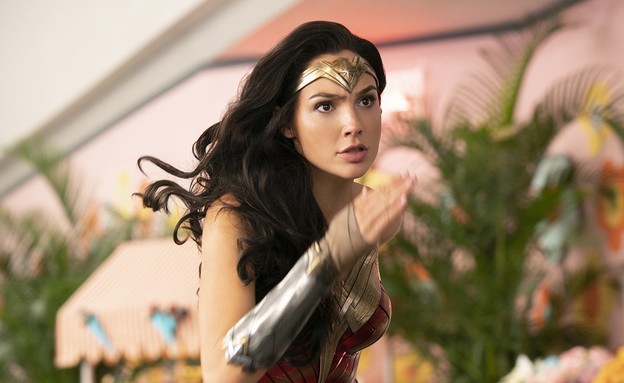 While in Israel we are expected to wait a few more months before the arrival of “Wonder Woman 1984” – the expected sequel to the 2017 hit that made Gal Gadot an international star – in the United States, the scrap is closer than ever and is expected to hit theaters (where they are open) and go to streaming services Next weekend. This means that the film has already been shown to critics, and that it has received a flood of reviews – some negative, but most of them positive and very optimistic.

The film reviews site Rotten Tomatoes, which weighs the scores and reviews written by critics in the leading US media outlets, “Wonder Woman 1984” now stands at an impressive 89 percent “freshness,” meaning positive reviews. Global, but they can distract us and inspire us. They can unite us as we separate and reconcile the differences between us that characterize this period. ‘Wonder Woman 1984’ reminds us how much we need a superhero now, and in that sense – he is both a distraction and a serious bastard. The amazing tidal wave makes the film’s qualities look like one to identify with. “BBC He, too, praised the film in question, writing that “in its old-fashioned and non-cynical way, ‘Wonder Woman 1984’ is one of the most entertaining box office hits to come out since 1984,” and according to the magazine’s film critic Mashable “What is never in doubt is that the heart of the film, like that of its protagonist, is in the right place.”

But as mentioned, not all the reviews were positive. The Vox film critic found some problems with the film and wrote that “superhero films unfortunately never quite deal with emotional fragility. They are supposed to be big, expensive, noisy and fun. And ‘Wonder Woman 1984’ is full of all these cinematic elements, sometimes to his detriment.” Vanity Fair magazine’s film critic insisted that “‘Wonder Woman 1984’ could have been better on a big screen, because it could have been a much richer experience … when you sit on the couch, the effect is less powerful.” According to the film critic of USA Today “The film’s biggest problem is that there’s just too much, well, of everything. It takes too long for the film to progress, and some visual effects hurt the most massive blockbuster-style scenes.”

The critic of Vulture, the culture section of New York Magazine, called the film “disappointing” and wrote that it “highlights the dismal state of Hollywood today.” The Times magazine’s film critic responded, apparently unintentionally, and wrote “Why should we always be reminded of Wonder Woman’s purpose? Why can’t it just be? Wonder Woman of 2017 held some promises about superhero films starring women starring “Women. Jenkins and Gadot added sophistication to this thing. (…) This is, apparently, the equality we are talking about.”

Gadot herself is in a not bad period at all in her career, with a promising casting as Cleopatra, a role in a new film with Dwayne “The Rock” Johnson and Ryan Reynolds, and huge sums that she will receive for her participation in the future spy film “Heart Of Stone“.