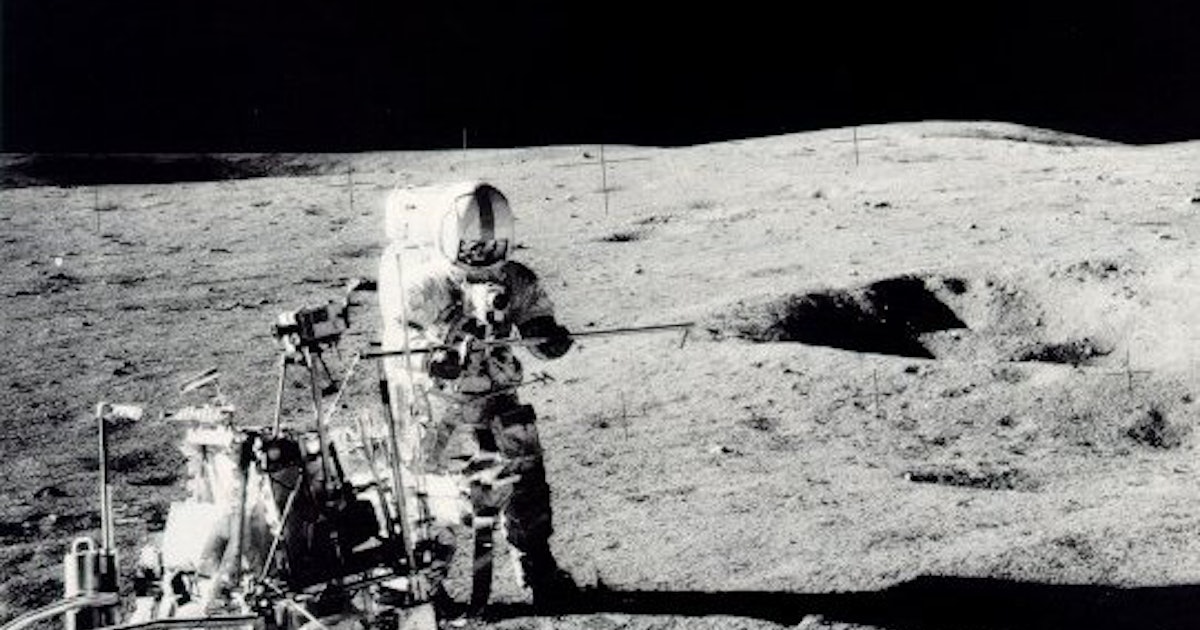 On February 5, 1971, people they successfully landed on the Moon for the third time as part of the Apollo 14 mission.

Astronauts Alan Shepard and Edgar Mitchell spent 33 and a half hours on the Moon, performing two ‘Moonwalks’ while there. Fifty years later, data from NASA’s Lunar Reconnaissance Orbiter recreates what it was like to walk over the surface of the moon during one of their lunar orbits – and a critical error.

NASA released the video Monday, recreating a two-and-a-half-hour walk at Apollo 14 astronauts across the moon. But the historic journey came as a surprise: The two astronauts lost their true destination.

Watch the video as a whole:

Shepard and Mitchell landed between the Doublet and Triplet pits, in the hilly uplands of the Fra Mauro pit. The site is located about 110 miles east of the Apollo 12 landing site.

The first additional Extra Vehicle Operation lasted for about four hours and 49 minutes, when they installed the Apollo Lunar Surface Scientific Test Pack.

For their second operation, the astronauts took a trip to Cone Crater, a small crater in the Fra Mauro area of ​​the Moon. The Fra Mauro area is made up of rocks that have been crushed in and out by the asteroid impact created by the Imbrium – the second largest bass, and one of the youngest, on the Moon.

Cone Crater was about 300 feet above the landing site. Not long gone, you might be thinking. But on the Moon, everything becomes much more complicated.

As the video shows, Shepard and Mitchell began walking to the crater on the way, walking over the surface of the moon for two and a half hours. They followed a path that led them over a medium steep hill up to the edge of the pit, as seen in the video. As they walked, the astronauts had to slide around a two-wheeled carrier to carry their equipment. During their time on the Moon, astronauts Shepard and Mitchell collected 94 pounds of rocks and soil to return to Earth.

But as the trail continued, the edge of the Cone Crater was hidden, filtering out of sight of the astronauts. The couple were finally advised by mission control to return to the lunar model, in case they get lost. Before turning back, however, they collected lunar samples from a location near the crater.

Surprisingly, Shepard and Mitchell were just right 150 feet away from their destination at Cone Crater at the time of their release.

Despite this seeming failure, Apollo 14 astronauts set a new record for the total time spent on the lunar surface. In total, they spent nine hours and 24 minutes on the Moon outside their spacecraft. During that time, they traveled a very high speed of 9,000 feet on the Moon.