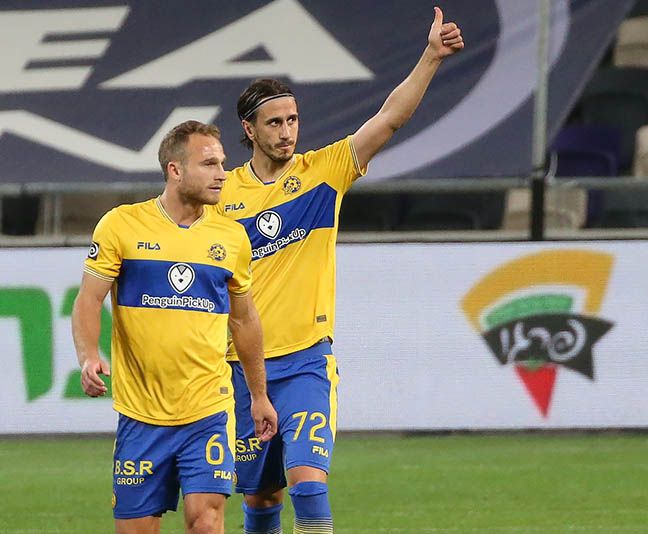 With a not easy 2-0 deficit from the game in Bloomfield, Maccabi Tel Aviv will meet Shakhtar Donetsk on Thursday, as part of the rematch of the 32nd largest stage in Europe. After making rotations in the cup game against Hapoel Beer Sheva, Patrick Van Leven plans at least six changes in the squad that will open against Manor Solomon’s team.

Among others, Dan Glazer, who received a complete rest in the cup against Hapoel Beer Sheva in order not to burden the injury to the abdominal muscles, but is expected to return to 11 against Shakhtar. In addition to him, Andre Geralds, Luis Hernandez, Eitan Tibi, Tal Ben Haim and Alexander Peshich are also expected to open, after the rest they also received against Hapoel Beer Sheva.

The team will take off today (Tuesday) after the morning training for Ukraine, and will hold a concluding training ahead of the game tomorrow. “We are not giving up on any game,” said a player on the team. “It’s a prestigious stage and no one comes for a trip. Snow may be a beautiful thing, but it has already been in the country this week and we are coming to try to win this game.”

The said team is satisfied with Van Leven’s minute controversy, and the fact that he manages to manage a deep squad in a good way, and has managed to bring players back to matters, such as Matan Balteksa and Maor Kandil. “They haven’t won many minutes lately, and were among the best against Be’er Sheva,” the team said. “That says it all about managing Patrick’s staff.”

Van Leven. The group is satisfied with the management of the staff (Danny Maron)