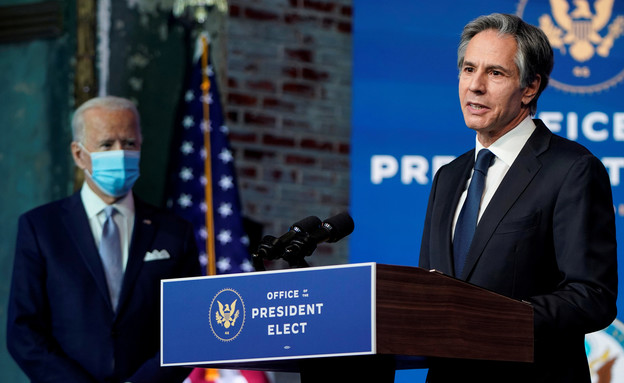 US Secretary of State Anthony Blinken condemned the Chinese early Sunday morning for their attempt to “silence” “Criticism of serious human rights abuses in Xinjiang.” This, after China announced on Saturday the imposition of sanctions against officials in the United States and Canada against the background of the criticism and counter-sanctions imposed by Western countries on China following its treatment of the minority The Uyghur in Xinjiang.

We condemn the People’s Republic of China’s sanctions on two members of the independent and bipartisan @USCIRF. Beijing’s attempt to silence criticism of serious human rights abuse in Xinjiang only contributes to growing international scrutiny.

“China’s moves only contribute to the growing international investigation into the ongoing genocide and crimes against humanity in Xinjiang. We stand in solidarity with Canada, Britain, the European Union and other allies around the world in calling on China to end human rights abuses,” the US Secretary of State said in a statement. . Blinken’s remarks came after Canadian Prime Minister Justin Trudeau had already condemned Beijing and vowed to defend human rights.

China returns fire – and imposes counter-sanctions on itself

Yesterday, the Chinese Foreign Ministry announced that sanctions would be imposed on Canadian lawmaker Michael Chung, deputy chairman of the Committee on Foreign Affairs and International Development and the Subcommittee on International Human Rights, which presented a report this month alleging atrocities in Xinjiang were crimes against humanity and murder Sanctions will also be imposed on the chairman of the International Commission on Religious Freedom in the United States (USCIRF), Gail Manchin and Vice Chairman Tony Perkins.

For all three, entry to China, Hong Kong and Macao was banned and citizens and Chinese institutions were banned from doing business with the three or contacting the Canadian Subcommittee on International Human Rights. “They must stop the political manipulations in the Xinjiang case and stop interfering in the country’s internal affairs, otherwise they will be burned,” the Chinese Foreign Ministry announced.

Chung, one of the Western diplomats who came under the Chinese sanctions umbrella, said in an interview with Reuters that he would “wear” them as a “sign of honor”, claiming the sanctions would have no meaning for him as he had no plans to travel to China.

China’s sanctions are an attack on transparency and freedom of expression – values ​​at the heart of our democracy. We stand with Parliamentarians against these unacceptable actions, and we will continue to defend human rights around the world with our international partners. https://t.co/gtMleSAaEd

Beijing’s sanctions came after similar sanctions were imposed by the United States, the European Union, Britain and Canada earlier this week for violating the rights of Uighur Muslims and other Turkish minorities in the Xinjiang region of western China. The previous sanctions imposed by China on American personalities have remained the same.

UN activists and human rights experts say at least one million Muslims are being held in camps in Xinjiang. They, and some politicians from Western countries, accuse the Chinese of torturing, forcing and sterilizing the imprisoned public. The Chinese, for their part, have repeatedly denied the allegations. Professional and required to fight extremism.