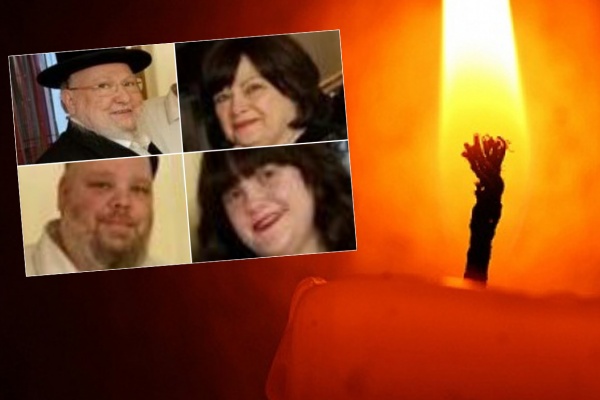 Severe tragedy and heavy disaster in Monsey in the United States, after the corona virus died on Saturday, the important woman Mrs. Tamima Ginendal Longer, the wife of the late Rabbi Yoel Asher Longer – who died about a month ago from the virus, and she is 70 years old at her death.

In the past month, the family has gone through a number of shocking tragedies, after only two weeks ago, a son-in-law, the late Rabbi David Jeremiah Halpert, passed away, after undergoing a sudden cardiac arrest, when he was only 49 years old.

During the last week, his wife – the daughter of the deceased, the important woman Mrs. Zisel Miriam Halpert, passed away. Her medical condition deteriorated, after she also contracted the corona virus, and she died at the age of only 43.

In doing so, the family lost four of its sons in just one month, most of them from the corona virus and its complications.

Monsey received with shock and great sadness the hard news, as the rest of the family and acquaintances were repeatedly forced to bury those close to them, all from one family.

May their soul be bundled in the bundle of life.