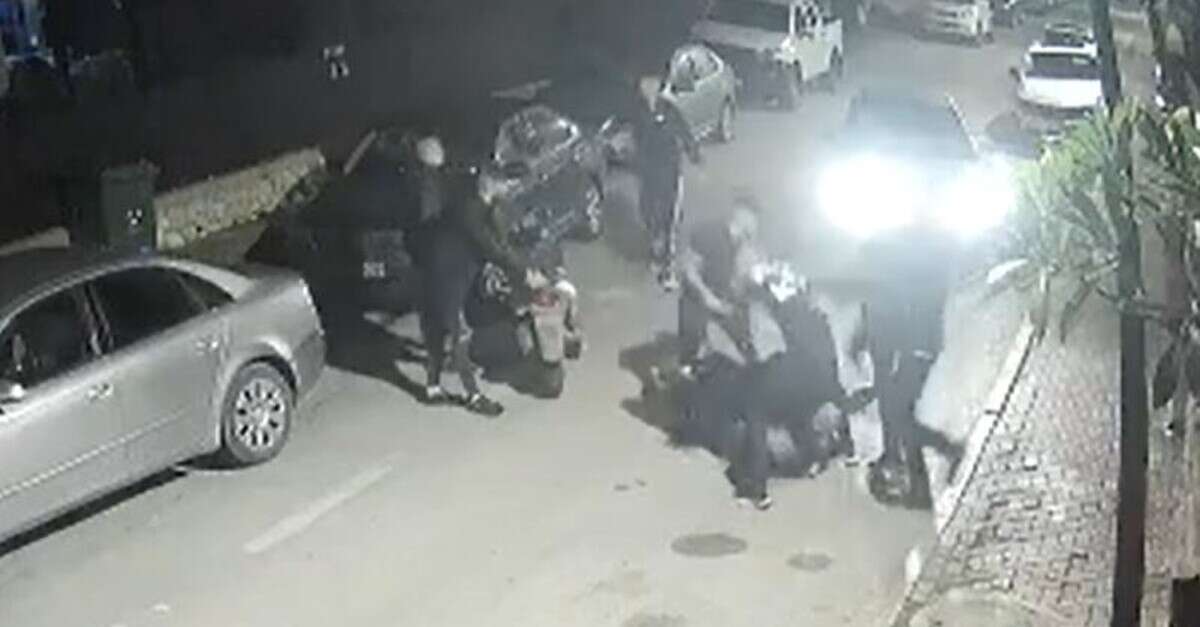 The serious incident, backed up by a video from security cameras, depicts a violent assault of a young man from a moshav in the western Negev, who was spending time at a friends’ house, and asked the main defendant, who was making noise with his scooter, to lower his voices.

The indictment was filed by the Negev Prosecution Bureau, against 19-year-old Adir Magidish, two of his brothers, Adiel and Naor, two more of their friends from Netivot, Amit and Roi Asor, 19, and Amram Ohana, 22, from Hadera.

According to the charges, Adir Magidish rode a vehicle on his scooter and arrived near the house where the complainant who was attacked was staying, causing noise with the vehicle. The young man who was attacked went out to him and asked him to stop making noise, which caused Magidish’s reaction and a heated argument between them.

The prosecution attributes to them the commission of an offense of sabotage by two or more, when the brother from the Magidish family, who was a Corona patient, is also charged with committing an act that could have spread a disease by negligence.

All six attacked the complainant together. They kicked him and punched him all over his body. As a result of their severe violence, the young man’s nose was broken, causing injuries to his ribs and knees, a cut to his scalp, and more. Due to the intensity of the beatings, the young man lost consciousness and was taken to hospital.

Following the incident, a complaint was filed with the police, a lot of evidence was gathered, including a video from a security camera, which documented the severe attack – and led to the filing of an indictment against the six.

During their police interrogation, the six admitted that they were involved in the assault, but claimed that the young complainant was the one who initiated and caused the brawl. Upon filing an indictment, the Bureau of Prosecution sought an extension of their detention until the end of the proceedings against them, arguing that the defendants “marveled at beating the complainant in unison with others mercilessly and for no apparent reason.”

Sen. Guy Hayun, commander of the Netivot station, who will investigate the tragic incident: “This is a serious assault incident, and upon receiving the report, an investigation was opened in which all police officers at the station were activated to identify the suspects and remove them from public space.”

During the court hearing, the defense argued that these were normative young people, some of whom were pre-recruitment. Attorney Daniel Ben-Giora, a representative of the prosecution, argued that the violent behavior of the six defendants says Darshani. “Their response in relation to the incident was disproportionate. This is brutal behavior. “