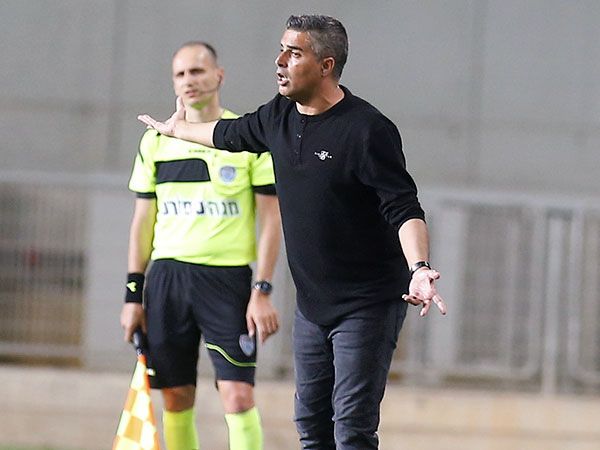 Hapoel Haifa finished a very bad regular season for them with a weak response when they lost 3: 1 to Hapoel Hadera in Sami Ofer. With a troubling balance of just three wins in the last three months, the Carmel Reds will enter the bottom playoff games when they are seven points away from the red line.

It was a very weak game for Haim Sylves’ team, and the fans were not indifferent and shouted: “Management wake up”. In contrast to the storm of emotions that took place outside, inside the locker room the players were left stunned and there was complete silence. “It’s a shock. We’re just weak and got our ringing slap. Every game in the bottom playoffs is going to be a war for us, with that ability we could get tangled up at the bottom,” said one of the players.

Meanwhile, many at the club believe that Sylvester, who looks nervous and frustrated at the end, will not continue to stand on the lines next season. Yoav Katz, The club owner, addressed the issue himself and explained: “A lot of mistakes have been made along the way and I think whose mistakes were, there are a lot of thoughts. I think Haim Sylves will continue to stand on the lines until the end of the season. “Yesterday was our worst game of the season in terms of ability.”

Katz added with a broader look: “I am very, very disappointed. We did not get to the game and it did not look good. For me we finished the season in tenth place, and hoped to finish it in the top playoffs. We have a budget 4 times bigger than Hapoel Hadera and they look much better than us.”

The one who despite everything managed to smile a little was Eden Ben Best, who scored his first hair this season and the first after more than a year. The player who suffered the blow of the injuries that befell the club won credit and even scored a goal that was disqualified in the game against Maccabi Tel Aviv, won compliments and proved that he has something more to contribute to the team.