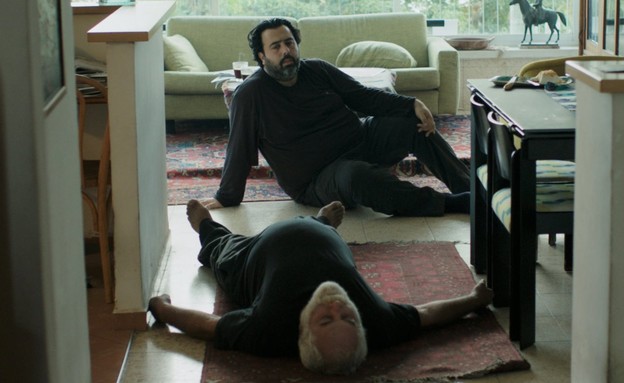 The Israeli cultural industry suffered a major blow this year after the closure of cinemas, theaters and other performance spaces following the outbreak of the Corona virus, but the Jerusalem Film Festival was also held, and even selected a number of winners. Tonight (16.12) the names of the films that won the competitive categories at the festival, which is in its 36th year, were published this year in an online format that allowed visitors to watch the films in their homes. The biggest winners in the Israeli competitions are the films “The Death of the Cinema and My Father Too” by Danny Rosenberg and “Children” by Ada Ushpiz. In international competitions, the biggest winners are Ukrainian ‘Atlantis’ by Ukrainian Valentin Vasyanovich and American’s personal assistant’ Kitty Green.

The Hajj Award for Best Feature Film (awarded through the Jerusalem Foundation) is given to the film “The Death of the Cinema and My Father Too” by Danny Rosenberg. The jury said of the film that “Danny Rosenberg’s original, exposed, bleeding film is a film full of love for cinema and fatherly love, which, combined with a brilliant combination of documentary and plot material, manages to provide a glimpse into a film director’s obsessive soul in pursuit of his sick father. The film also won a commendation for the Anat Farhi Outstanding Actor Award, which was given to Mark Rosenbaum for his performance in the film.

a prize GGWE The best Israeli debut film was awarded to Ruthie Perry-Bar’s “Asia,” starring Shira Haas (“The Rebel”). According to the jury, “‘Asia’ is a beautiful and cinematic intimate portrait of a mother and daughter in the process of decline and separation. The film, made with modesty and precision, manages to look subtly but ruthlessly at a complex human reality.” The film has won several other awards, including the Outstanding Actress Award given to Alona Yves for her performance in the film, and the Aaron Emanuel Award for Photography, given to Daniela Nowitz. The Dalia Sigan Award for screenplay was given to Dana Idisis (“On the Spectrum”) for the film “Here We Are”; Another award in the field of acting was given to actors Shai Avivi and Noam Amber for their performances in the same film, since according to the jury “they are an inseparable duo”.

The Nehama Rivlin Award for Best International Film was given to the Ukrainian film Atlantis by Valentin and Sianovich. According to the jury, “The film depicts a man embarking on a quest for signs of life, meaning and renewal in a post-war wilderness. The unique poetic language of ‘Atlantis’ resonates far beyond the time and place where the plot takes place. The images from the film will be etched in your memory for a long time.” A commendation was given to the film “Where Are You Going, Aida?” Of the Bosnian Jasmila Zavnic.

The Diamond Award for Best Documentary was given to Ada Ushpiz’s “Children,” which documents life under occupation. The jury recited and explained: “In her film, Ada Ushpiz looks at reality with her eyes literally. Along with direct and penetrating documentation in which she allows the girls she is filming to express themselves and their ‘truth’ about life under occupation, she also captures the second, more inner truth. “Of the commandment – sometimes explicit and sometimes implicit – to conquer the pain, sadness, frustration and fear that are their lot.” The film also won the Aaron Emanuel Prize for Photography and was awarded to Danor Glazer.

The Diamond Award for Directing a Documentary was given to Dror Moreh for his film “The Human Factor”; The Cummings Prize for Editing was awarded to Shira Hochman for Barak Heiman’s film “Danny Caravan”; The music award sponsored by Anova Music was awarded to Ofer Pinchasov’s film “Ahuva Ozeri: Rings of Bells; a commendation was given to director Elad Davidovich-Shikovich for his film” Balcony “.

The Diamond Award for Best Short Feature Film was given to Avishai Sivan’s “Death of It.” The Ambassador Family Award for Promising Creator was given to Emri Dekel-Kadosh for his film “The Accident.” The award for best short documentary was given to the film “The Hebron Mission”, directed by Rona Segal. Commendations were given to Ben Ziv for his film “Spaces”, to Saleh Saadi for his film “Borax”, to Naama Shochat for her film “Three Things Lost” and also to the animated film “Are You Still There?” Of Nadav Sheffer, son of Elia and Anan Gibson.

In a video art and experimental film competition, the Lia van Leer Prize was awarded to Habibat Kaftson for the film “Power”, and the Ostrovsky Family Foundation Prize was awarded to the Russo Foundation for the film “Junkhouse”. a prize GWFF An international debut film was awarded to the film “Personal Assistant” by the American Kitty Green. According to the jury, “the award is given for aesthetically expressing claustrophobia and nightmares of those living in situations of utter powerlessness. For the director’s skills to make the audience understand a lot without showing everything, and for Julia Garner’s outstanding performance in the lead role.”