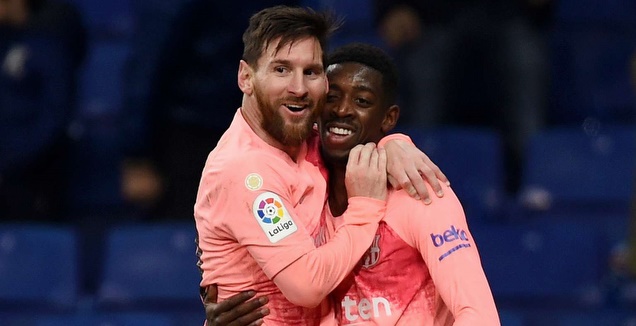 The game against Real Sociedad provided further proof that the defenses facing Barcelona can not know what will happen when Osman Dembele arrives against them. Will he do it on the right, will he on the left? There is no answer to that. The Frenchman shows impressive control and a great kicking technique in both legs and the proof of this was provided by the “mosquito” even in the last game in which the Catalans defeated the Basque opponent 1: 6.

Now in Spain they checked and compiled a list of the Frenchman’s goals in Barcelona and the findings show that there is no other player in the world with such an unusual and impressive figure as Dembele. The striker has scored 28 goals since arriving at Camp Nou, 14 of them scored on the right foot, the other 14 on the left foot. This is an unprecedented figure in the world, an equal distribution of the total goals between the two legs after almost four seasons at the club.

This figure makes Dembele, of course, one of the most dangerous players in the world and leaves quite a bit of optimism that if the injury period is behind him, then Barcelona have the most impressive assets in world football today with a vision for the future and the realistic thought that the club will strengthen with two or three significant players. Coming under the new president, Joan Laporta.

1: 6 Crazy for Barça! Pairs for Messi and Dest