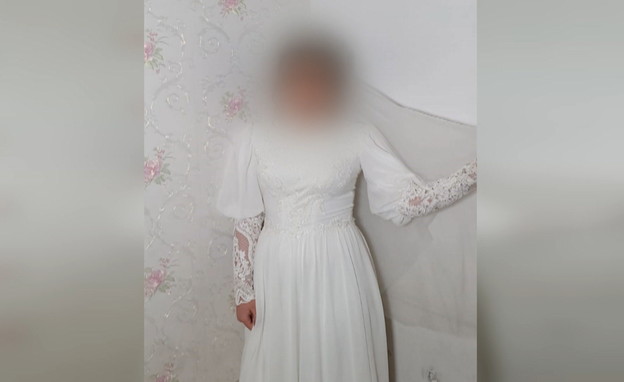 Under the wedding dress she was wearing, a girl from Jerusalem, a total of 14 years old, hid. Last week she was about to get married in a match set by her parents – with a 24-year-old man. But just before the wedding, the police arrested her parents and canceled the wedding..

In a conversation with News 12, the girl’s mother said she did not understand what the fuss was about. “As for the age of the wedding, the girl was mature in her soul – That’s what matters, “she said.” She has a very great mental maturity, she is not like a 14 year old girl as I remember myself at 14.5 years old, when my head was completely in other things. “

“If she’s getting married at such an age, will I marry her to another child? “Someone suitable for her,” she added. “Someone who can support her, someone who will have a shoulder to lean on.”

This is an ultra-Orthodox family from Jerusalem, and the matter of holding the wedding was kept secret. Eventually, however, intelligence information reached the Jerusalem police, who stopped the wedding at the last minute. The court released the girl’s parents on house arrest, and her mother tells us that she does not know a law that prohibits the wedding.

““I did not know it was like a man stealing or like a murderer who is harming someone,” she claimed.

Due to the severity of the situation, the girl was evicted from her home and transferred to the care of welfare workers, who are now looking for a suitable setting for her. Her mother refuses to make the decision, demanding that the daughter return home: “I want them to bring my daughter home. I do not want children to be taken in this form of injustice from home. That is certainly not the case here. It does not happen that there is a friend today in the secular world? What, is it legitimate? “

Recall that the law in Israel prohibits having a wedding under the age of 18. In the meantime, the police are trying to find out: whether this is a one-off event or whether it is a broader phenomenon.

Advocate Hila Yehezkel, the mother’s defense attorney, said that “now that the parents understand that the minor’s marriage is in fact illegal, they internalize and understand the need to care for the minor and prevent this marriage, and so it will be.”