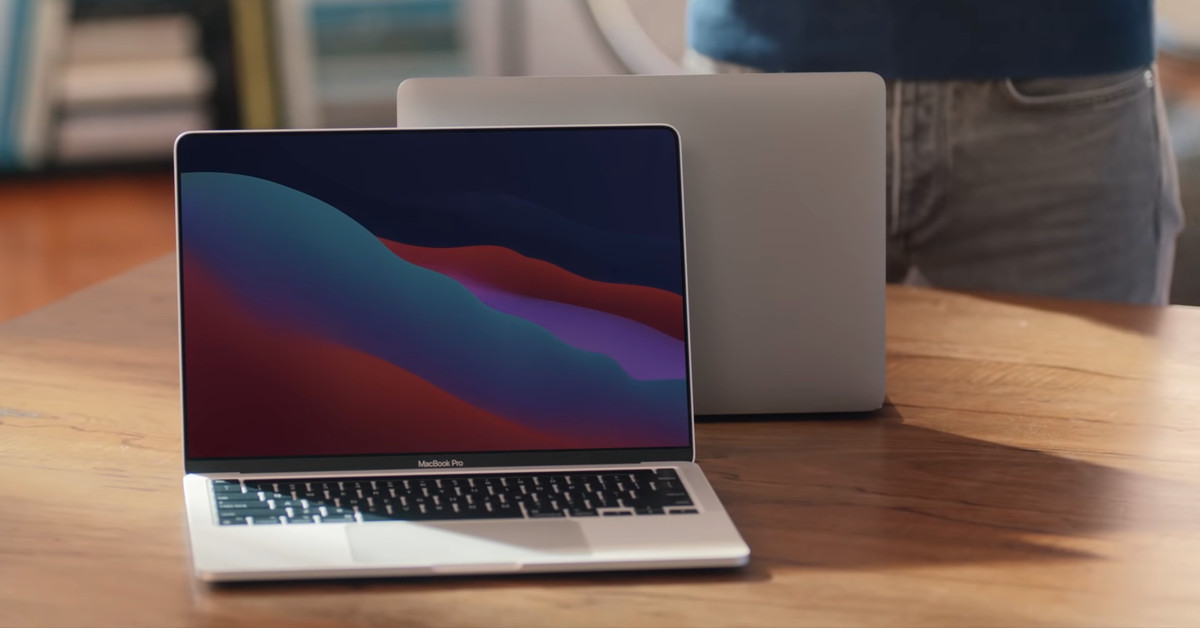 Intel has launched a new advertising campaign with Justin Long, Apple’s “I’m a Mac” actor, but for this campaign, Long is singing the recommendations of PC laptops and comparing them to MacBooks. The thing is, for reasons we can’t confirm for sure, Intel actually took a look at the MacBook Pros in its commercial products better what they do in real life, as seen by tech YouTuber Rene Ritchie.

Take a look at these two pictures. The one on the left is a picture of a MacBook Pro with a built-in M1 chip The Verge’s review. The one on the right is taken from this Intel ad. Can you see the difference?

But Intel’s full-screen MacBook Pro only made one look. It’s also in this ad, which is trying to tie the MacBook Pro to not be a 2-in-1. Take a look at that Mac – all screens!

Intel confirmed to The edge that it used a real MacBook Pros with an M1 chip in the commercial products, but the company would not say what it may or may not have changed about them: “In terms of filming and detail presentation, we comment at this time, ”said an Intel spokesperson.

So what may have happened here is that Intel changed the appearance of MacBook Pros screens in post-production, which had the eventual effect of making their screens look better than they do in real life. (And if you look at the image from the second ad, you see a kind of blackout placed on the screen, which it really might not be.)

These ads, in my opinion, are also kind of a miss point. None of Intel’s four new commercials show how Intel chips can compete with the real advantage of the MacBook Pro: a fast and efficient M1 chip with a battery. (So ​​far, Intel has only implemented cherry selection criteria to try to hit back at the M1.) And by trying to trash the MacBook Pro, Intel, too, in a way , throws on itself, as it still provides chips for some models of Apple laptop.

And sadly, that doesn’t look like a full-screen MacBook Pro good?