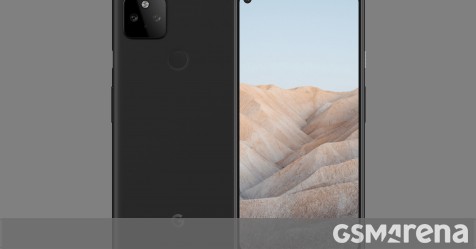 Google’s line of smartphones is expected to grow this year with the Pixel 5a. A few bidders were released today showing off the upcoming device, and it’s clear that Google’s design language has recently been around. So much so, of course, that it’s pretty hard to tell about just the Pixel 4a 5G that was launched last year alongside the Pixel 5.

The Pixel 5a seems to have a unibody construction that is likely to be plastic again. It’s a 6.2 “FHD + OLED screen with thin bezels and a bezel but a more prominent chin. As you can see, the front-facing camera is inside a left-handed punch-punch cut on the panel.

The dual cameras on the back look similar to those of the Pixel 4a 5G, while the 3.5mm headphone jack is alive and well at the top. The fingerprint sensor is still behind it, and stereo speakers are also available.

This is all we know so far about the new device, but hang on tight and we’ll give you more news about it once it surfaces.