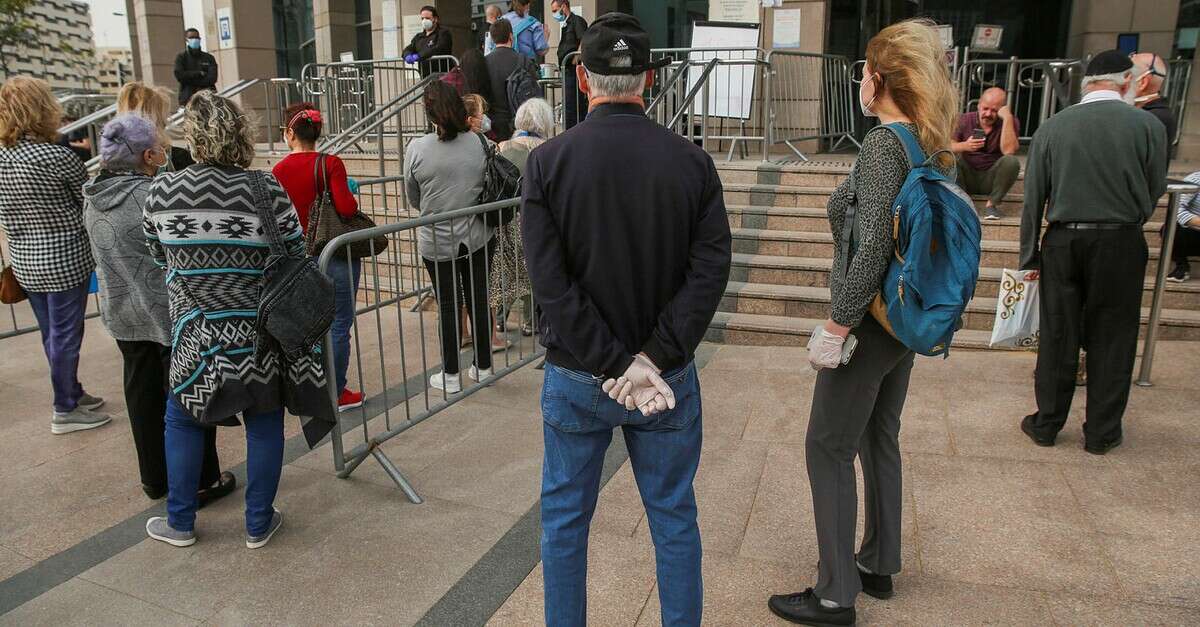 The third closure has taken a heavy toll on the labor market, according to data released this afternoon (Tuesday) by the Central Bureau of Statistics. The data show a very bleak situation, according to which the number of returnees to the labor market in January, during which Israel was closed, was 18,200 – the lowest Per month since the onset of the corona crisis.
It should be noted that January 2021 was the first month since the beginning of the Corona crisis that Israel was in closure throughout, and the situation illustrates the stagnation during this period in the Israeli labor market, which is at a more difficult point than at the end of the second closure (October 2020). In terms of the length of time many of them are out of work.

According to data released today, 127,700 new job seekers were registered during the month – an increase of 56.4% compared to last month. It was also reported that at the beginning of the month there were 727,400 registered jobseekers, and at the end 823,600.

In addition, as mentioned, only 18,200 people reported returning to work – a number that is the lowest since the beginning of the crisis. In fact, in the third closure (January 2021), seven job seekers were registered for every person who returned to work, compared with September 2020 (the second closure), during which the ratio between the number of job seekers and returnees to the labor market was only 5.7.

Throughout the month, a total of 762,900 jobseekers registered in the employment service claimed unemployment. This is an increase of 13% compared to December 2020. In addition, 93,500 people claimed income support this month (an increase of 5.7% compared to the previous month).

“The economy will have a hard time getting back to normal”

The employment service warns that in the current reality, where there are fewer vacancies and there is greater difficulty in finding work, the economy will find it difficult to return to a full routine. Competition for each job, which is already on the rise, will intensify by the end of the entitlement to the pension in June 2021. The Employment Service says “unfortunately this situation will lead to side effects that the economy may suffer, including the need to extend benefits for an additional period, increased transition to alternative subsistence benefits.” The issuance of pay slips, etc. It seems that an inevitable increase in the underemployment of many groups in the Israeli economy is expected, so the state must act as quickly as possible to create jobs or encourage the creation of many jobs, along with strengthening investment in human capital.

Dr. Gal Zohar, Director of the Research and Policy Department at the Employment Service, commented on the published data: “The policy measures taken in Israel over the past year have focused on artificially maintaining the standard of living, through additional unemployment benefits. This is in contrast to the policy measures taken in most OECD countries, which focused on the artificial but temporary preservation of job vacancies. The result of the routes taken by Israel is that most job seekers do not yet feel pressure to return to work. As the period of entitlement to benefits nears its end, the pressures will begin, which may lead to increased and more forced entry into under-employment situations (which have only been temporarily avoided so far). In such a scenario and without proactive measures, the benefits of the Israeli policy paradigm could be eroded quickly. “

Rami Graur, CEO of the Employment Service: “In order to shorten the process of returning to work and accelerate the exit from the crisis, we believe that proactive, assertive and extensive activities are needed to encourage return to work, especially those in the IDF.” “Larger in the economy, for businesses and jobseekers alike. So also creating or encouraging and rewarding employers for job creation is a necessary step. We have prepared a large and detailed plan and we take a series of steps accordingly such as collaborating with manufacturers on vocational training, assisting employers in returning workers.” We will open the employment bureaus tomorrow to receive an audience in order to help job seekers return to work soon. “