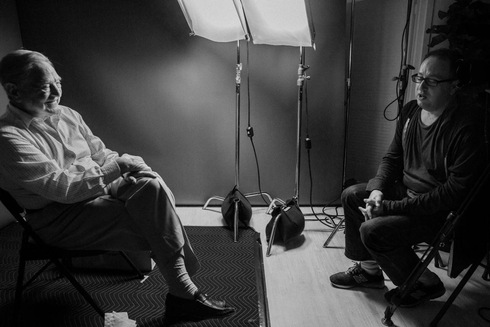 A film created by Bob Dylan’s son about the liberal tycoon George Soros does not give satisfactory answers about the source of his wealth, and the reason for the burning hatred towards him

Billionaire George Soros is a fascinating figure who perhaps embodies one of the most distinctive characteristics of this time, and is the tribal division of the world, not according to nationality or religion, but according to a political worldview. These divisions and characterizations have been intensified and radicalized by social networks.

Soros, a capitalist associated with the liberal and humanist side of the political map, who has donated a lot of money to human rights organizations and promotes the idea of ​​”open” societies – that is, equality –

He is a Holocaust survivor who decided, after his enormous fortune, as early as the late 1970s, to give scholarships to black students disadvantaged by the apartheid regime in South Africa; Struggled with communist rule in Hungary, his homeland, and thus contributed to the overthrow of the Iron Curtain.

Today he gives grants to the victims of the Corona, and among other things he donated a lot of money to Hungary, the homeland that during World War II and the period of Soviet occupation turned its back on him. His money helped establish a university there and distribute scholarships to students. One of the people who has benefited from these scholarships in the past is Victor Urban, now the Prime Minister of Hungary, who used to send harsh anti-Semitic messages to Soros.

Urban is not alone. Global right-wing hatred of this Jewish philanthropist is so common and so extreme that a few years ago Israeli Prime Minister Yair Netanyahu’s son also shared an antisemitic cartoon against Soros on his Twitter account, and later American Ku Klux Klan leader and Holocaust denier, David Duke, Shared his status. “Netanyahu’s son raises a memo that Soros rules the world. The memo is full of antisemitic messages,” Duke wrote with satisfaction, in what can only be crowned at the moment when the universe collapsed into itself.

Indeed, Jesse Dylan’s documentary, which aired on yes docu on Sunday and is on yes’s VOD, opens with a cluster of bloody hate speech directed at the man, hatred explained by the fact that he “poses a threat to a large portion of the status quo-earning establishment.”

Although the tycoon is interviewed for the film, so are his children – an unusual and interesting matter for himself – but unfortunately they are not really asked brave or even real questions, for example about how he amassed his fortune (an anecdote about reading a Rolls-Royce article is not enough). This may be because the filmmaker Dylan (son of singer and Nobel Laureate Bob Dylan) worked for years in the video division of Soros’ organization, so be careful with the man’s dignity; Perhaps it is because of the choice of interviewees who say things like that apart from the Pope, Lech and Lansa and Gorbachev there was no one who played a more important role in the fall of communism other than Soros; And maybe it’s just the film’s tendency to catch multiple and not catch.

What kind of person would bet against the Bank of England in 2009, make a billion pounds and distribute the profits? This is the question of the questions according to the film, to which the answer seems to be built in. But the creator does not try to test the claim that a private person can really have such a big impact on the course of history, and settles for a somewhat romantic answer – a person who suffered from anti-Semitism, a Holocaust survivor, who saw his father reach out for help, and decided in his 50s crisis to continue Of the father.