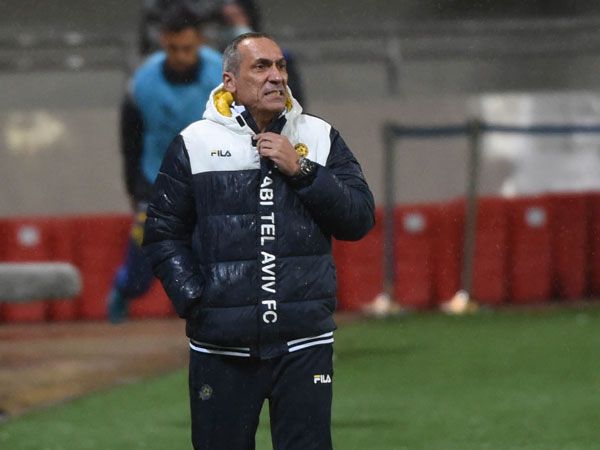 If any of the Maccabi Tel Aviv fans thought that the dramatic and crazy victory over Hapoel Haifa (3: 4) was the one that would set the team on a new and better path, then it was only false three days later. The champion took two more balls from the net (15 in total in 10 rounds) and finished only 2: 2 with Maccabi Netanya at Bloomfield Stadium.

Following the loss of the two points, the gap from the leading Maccabi Haifa now stands at six points – and the pressure cooker in Kiryat Shalom is starting to bubble. In fact, it seems that the “hourglass” of Yorgos Donis has already started operating. Maccabi Tel Aviv is not happy that he is not able to improve the defensive game and it seems that the upcoming games will serve as a test for him, as the club wants to see a significant upgrade in ability.

“The mistakes in defense are repeated, especially in the stationary situations. It is impossible to kidnap such expatriates,” said one of the Maccabi players, adding: “It seems that in the league things are going the other way for us, a kind of bad karma.” Another player said: “Because of the tight schedule it is difficult for us to practice things, we are mostly in recovery. However, we dig a pit and think we will get out of it every time – it does not work that way. There is character here and a lot of desire and fighting, but there is a problem The defense. ”

Meanwhile, if Donis does not find a solution in the upcoming games, it is not inconceivable that he will not be given the opportunity at all to strengthen the squad in January – and a coach will be brought in his place. A source close to the situation said: “It is no secret that they are not satisfied with it and expected another supplier and another capability. There is no doubt that in this staff, even if we weaken, the results and capability should be better. The clock is ticking.”

On the way out? Donis (Bernie Ardov)

At the same time, Maccabi Tel Aviv is also disappointed with several players, including Luis Hernandez and Dan Bitton. The Spanish stopper also had a part in the champion’s first goal yesterday and in general he does not currently deliver the goods and does not manage to get into the shoes left by Jair Amador. Often loses balls in the front and seems unfocused.

Currently, the situation seems quite clear: Maccabi Tel Aviv did not find suitable replacements for Andre Geralds, Jair Amador, Omar Atzili and Dor Micha – players who greatly upgraded the team; the Yellows rely mainly on Eyal Golsa, Dor Peretz, Yonatan Cohen and Alexander Peshich, which turns out not to be good enough.Also, Donis has only three foreigners who play regularly, one of whom is Hernandez who as mentioned does not currently supply the goods.

Along with the reinforcement that is expected to arrive in January, Maccabi may also say goodbye to some players. Eden Kartzev, Shachar Phiben, Matan Balteksa, Ben Bitton, Elon Almog and Matan Hozaz are just some of the names that came out almost completely from the rotation of Yorgos Donis – and it is not inconceivable that some of them will not remain when the window opens.

A player at Maccabi Tel Aviv summed up the situation: “We get into a lot of situations and don’t score, and every time we get into a situation it’s half a goal. Maybe it’s bad luck but it repeats itself many times. It’s a problem that should be solved, and fast. Not the end of the world, but if we do not improve – we will all be in trouble. “