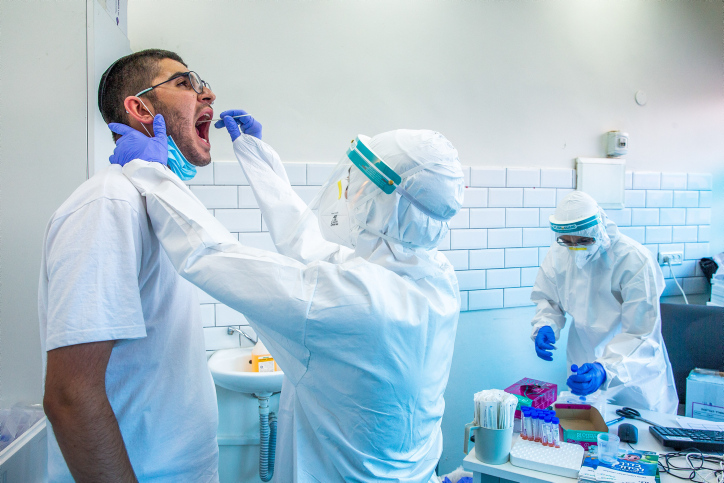 30% of the residents of the ultra-Orthodox city of Modi’in Illit were diagnosed as positive for Corona since the outbreak • On the other hand, the death rate in the city relative to the residents was the lowest • The residents?

A year for Corona in Israel: 714,056 Israelis, who are 7.68% of the country’s citizens, have been diagnosed since the first patient in the first half of February 2020 until last night.

They said it was a mild flu: that’s how we would stop the lies of vaccine opponents

Meaning: 1 in 13 Israelis has already been diagnosed as positive for Corona. But examining those infected in all cities shows big differences.

According to a report by Yaron Druckman on the Ynet website, while quite a few cities have a verified rate of less than five percent, in the ultra-Orthodox cities more than one-fifth of the population has already been diagnosed as positive for Corona.

In fact, the four cities with the highest rate of infection are ultra-Orthodox cities.

The city with the highest rate of infection among the cities in Israel is Modi’in Illit, where close to 30% of the residents have already been diagnosed as positive.

It is followed by Elad and Bnei Brak – with over 21% of the residents, while in Beitar Illit 19.7% were infected.

Haredim 10 reports that these numbers do not include those who were infected, but were not examined and do not appear in the records as having fallen ill.

In Jerusalem, close to 12% of the residents were diagnosed as positive for Corona. That is, almost one in eight residents of the capital city is found to be positive for the virus.

In Haifa, on the other hand, 4.91% of the residents were diagnosed as positive, and in Tel Aviv 4.61%. Also in Rishon Lezion, Modi’in Maccabim Reut and Raanana with a positive rate is much lower than the national average. In Ramat Gan, Herzliya and Kfar Saba, this rate is even lower than 4%.

In Jerusalem, 114,329 residents of the capital were diagnosed with blue.

In Bnei Brak, 45,054 residents were diagnosed with blue.

Modi’in Illit, which has about 79,000 residents, is ranked third in the country in terms of the number of people infected – with 23,564 positive outbreaks.

Tel Aviv, the second largest city in the country, in fifth place with 21,474 infected.

Beit Shemesh has 18,265 residents infected with the virus

In Beitar Illit, the city that knew three closures, there were 12,183 residents.

According to the report on the Ynet website, Israel is ranked ninth in the world in the number of people infected in relation to the population. However, the high rate of infection is a result of the large number of tests performed in Israel.

And where do most die?

According to data published by the Ynet website, Bat Yam has the highest death rate in relation to the number of residents, partly due to the elderly population and the many nursing homes in the city, with 169 dying from corona in Bat Yam in the past year.