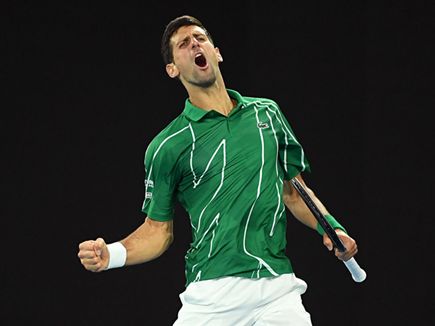 The ATP round last night (Thursday) heralded the schedule for next season that has changed due to the Corona virus. The main news is the postponement of the first Grand Slam tournament of the season, which will take place in Australia in three weeks – will start on February 8.

Also, the round announced that the Major qualifiers will move to Qatar and will take place on January 10-13. Even before that, the first tournament of the season will be held in Delray Beach, Florida. These changes will allow tennis players optimal rest as well as 14 days of isolation.

Roger Federer, 39, may benefit from this change as the legendary tennis player is currently trying to recover from a knee injury and there is still doubt about his participation in the tournament. “It’s a race against the clock, it’s going to give me some more time to get ready for Australia,” he said.

The Australian Open is set to begin Feb. 8, three weeks later than planned, as part of a pandemic-altered 2021 tennis calendar released by the men’s professional tour Wednesday.https: //t.co/DTPOYwPBQf