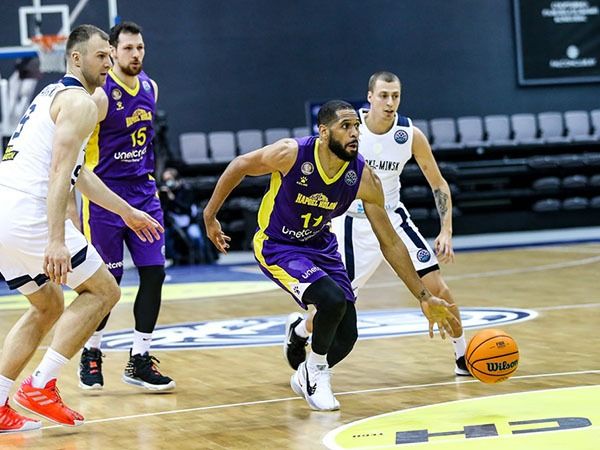 Hapoel Holon went up for tonight’s game (Tuesday) against Tsamuki Minsk away with the clear knowledge: a loss – and the chances of qualifying for the next stage of the Champions League will become nil; The team of Stefanos Dadas, therefore, accepted the challenge, won 71:75 in Belarus and kept the European campaign alive and well.

Holon, which lost to Minsk by 10 points in the game in Israel, did not manage to win by a larger margin and gain an advantage in the internal meeting balance. However, the Purples now hold the same balance as the Belarusians – 2: 2 – and at the end of the home stage there are two rounds left. So although Holon does not depend only on itself, it does have something to fight for. Holon will host AEK Athens in the next round (January 5) and will close the home stage in the game in France against Shula (January 20).

Holon’s performance in Belarus can be summed up in two words: ups and downs; The Purples started excellently with the help of Chris Johnson and CJ Harris, and in the second quarter were no longer able to hit anything and went down to the break behind. In the third quarter Holonia woke up again, and in the fourth it managed to reach the desired gap in terms of 10 points, but towards the end it got tangled up again and almost lost its head and the game. Luckily, the opponent could not take. In the next game, against the home leader from Athens, the level will have to improve. Otherwise, well, it would be possible to sum up a European season in one word: disappointment.

The European campaign is alive and well. Dads (courtesy of the Champions League website)

Holon started the game excellently. More precisely, Harris and Johnson opened excellently. The two scored the visitors’ first 13 points (7 for Harris, 6 for Johnson) en route to a promising 4:13 lead after 5 minutes. The next minutes in the quarter were very bad and manifested itself in a lot of fouls and ball losses, on the part of both teams. 12:17 to Holon at the end.

The Belarusians completed a 0: 8 run at the start of the second quarter – and set a 17:17 tie. In Holon’s next attack, Johnson broke the ice with an accurate three – Holon’s first points after about six and a half minutes. Holon continued to struggle, and only Harris left it with its head above water – the guard had 13 points until the break. He, too, however, failed to prevent the hosts’ turnaround – 31:34 to Minsk at the half.

After the first two quarters of 17 and 14 points respectively, Holon came back better from the locker room. She scored 22 points in the third quarter, which helped her turn the score around. Johnson and Harris continued to be the main executors, with 17 and 16 points respectively after 30 minutes. 51:53 to Holon before the last quarter.

The first minutes of the last quarter were in complete control of Holon, which began to flirt with the long-awaited gap of 10 points and north thanks to Johnson’s excellent ability. A three by Bourdieu later made it 61:71, but in this situation – instead of pressing the gas – Holon suddenly stopped playing, allowing a 2:10 run by Minsk. It almost cost her dearly, but Holon managed to stay afloat – and achieved a very important 71:75 in Belarus.

Close match in Belarus (courtesy of the Champions League website)