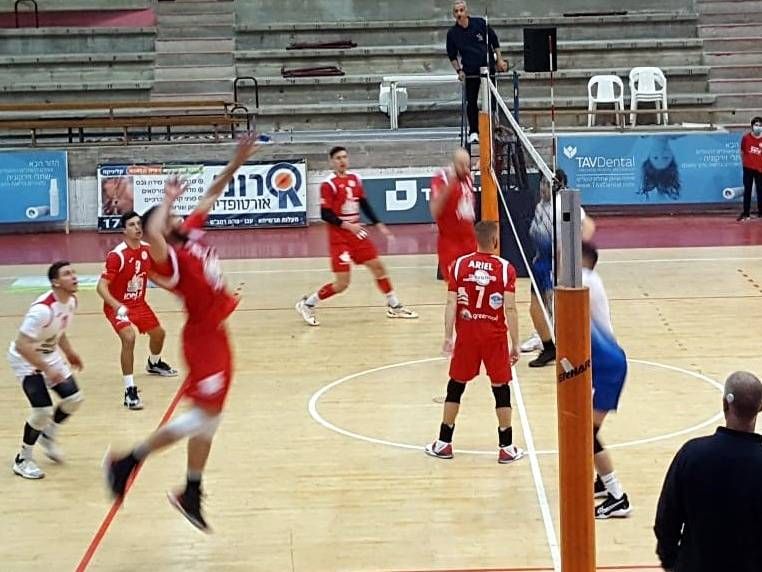 In the 16th round of the Volleyball Premier League, the three leaders won tonight (Tuesday) and retained their places in the table. The first Maccabi Tel Aviv defeated Hapoel HaMaapil / Menashe / Emek Hefer, Hapoel Kfar Saba the second in the table defeated KK Tel Aviv and Hapoel Mate Asher / Acre the third achieved a victory over AS Ben Gurion Beer Sheva. In another game Maccabi Hod Hasharon defeated Kiryat Ata in a close game that was decided by a tiebreaker in the fifth set.

Hapoel HaMa’apil / Menashe / Emek Hefer – Maccabi Tel Aviv 3: 0 (25:17, 25:17, 25:23)
A not easy victory for the Yellows, while the host records a second consecutive loss. The first set was close and the other two sets were not easy for Maccabi Tel Aviv just before the season game this coming Saturday against Hapoel Kfar Saba.

Hapoel Mate Asher / Acre – ASA Ben Gurion Beer Sheva 0: 3 (16:25, 15:25, 16:25)
A headquarters that set out on a new path after the painful loss to Maccabi Tel Aviv last Saturday. Guy Mishaeli excelled with 11 points, the young Makonen contributed 5 points and Noam Ariel, the pitcher who returned after a serious injury, was also one of the standouts. In the US, Maxim Takasov (50% on offense) stood out with 6 points.

Hapoel Urban Kiryat Ata – Maccabi Hod Hasharon 3: 2 (18:16, 27:25, 25:20, 26:28, 18:25)
Without a doubt one of the most dramatic games we have had this season. Both teams can be happy with the fighting game, but Hod Hasharon is the one that took the points in the end and accumulates a second consecutive victory that will help it significantly in the position battles towards the end of the season. Kiryat Ata won the first two sets, but the guest recorded a glorious comeback, back to 2: 2, and then the fifth set was particularly tense. Kiryat Ata missed a winning point in the game.

Right: We will oppose the fifth election – Channel 7