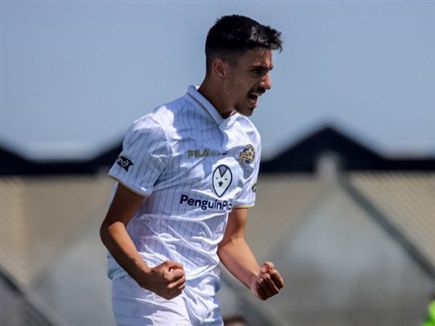 The top of the youth Premier League continues to be crowded even at the end of the 11th round. Maccabi Haifa defeated Bnei Sakhnin 1: 2 in Doha and maintained its place at the top with 25 points. However, the Greens are ahead of Maccabi Tel Aviv, which celebrated 1: 3 in Netanya, only thanks to a better goal ratio (Haifa lacks a game). In addition, Maccabi Petah Tikva, which beat Betar Jerusalem 0: 1, is only a point away from the two leaders .

Haifa, as mentioned, came out with three points from an away game in Sakhnin. She did so thanks to a double in the second half (57 and 77) by Stav Nachmani, who came in as a substitute. The host only managed to shrink towards the end from a goal by Shalaata.

The presentation of the round belonged to Or Roizman from Maccabi Tel Aviv. The Yellows’ attacking player scored a big hat-trick in 1: 3 over Netanya, a victory that kept Maccabi Tel Aviv with the same number of points as Haifa. Two of Roizman’s goals came from Yahli Lazar’s shots. Eyal Abadi shrank for Netanya.