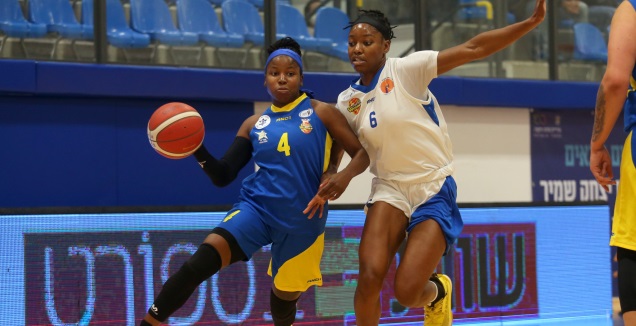 The 13th round of the Athena Wiener Women’s Basketball League opened tonight (Sunday) with the main game of the round, in which Hapoel Bnei Petah Tikva from fifth place hosted Maccabi Ashdod from second place. After a tense 40 minutes, the visitors came out with their hand on the top, with 76:79 which raised their balance to 3: 8, while Petah Tikvaot went down to a balance of 6: 5.

The opening was for the Ashdodites, who led 1: 9, but Jocelyn Willoughby got into things and the first quarter ended at 15:20 for Ashdod. In the second quarter, the momentum shifted to Petah Tikva, which ran 7:18 and went up to a 27:33 advantage and later to 31:38. The teams went down to halftime in 35:40 to Petah Tikva, which ran 3:11 at the beginning of the third quarter and went up to a promising 38:51, but Kadija Kiev, Daniel Adams and the great Alexis Peterson brought Ashdods back to 57:54 and Petah Tikva went down to the quarter The latter with a 57:62 advantage.

Six minutes to the end of the last quarter, Leah Forbis equalized to 66:66. The teams continued to be close, 3:50 to the end showed the board 70:70 and two minutes to the end of a three by May Dayan raised Ashdod to 74:75. Peterson went on to 74:77 with 1:21 minutes left, Petah Tikva returned to 77:76 with 11 seconds to go, Peterson added two points from the penalty line, Willowy could have sent the game into overtime but missed a three-pointer attempt and the game ended in a 76 victory. 79 to Ashdod.