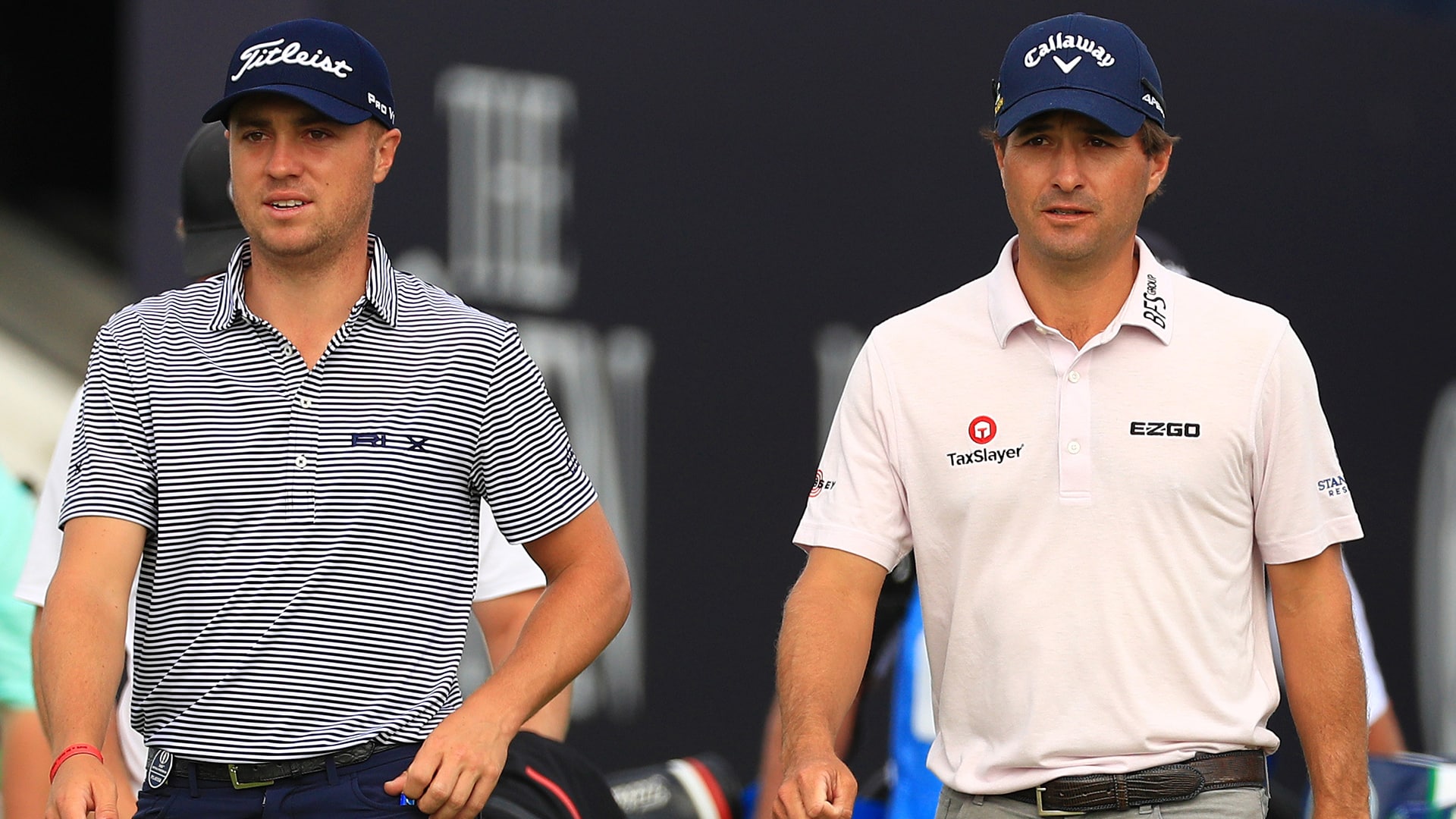 Dustin Johnson v. Robert MacIntyre. It could be the start of the week for Johnson, who draws the Scot on Day 1. Almost unknown to American fans, MacIntyre has been getting a consistent career in Europe and could use a tough display against the No. 1 world to catapult his status.

Johnson vs. Kevin Na. The No. 1 world gets a ton of love from brackets everywhere to move out of pool play and for good reason. His Day 3 program will feature the eighth player at the PGA Tour in driving distance (Johnson) against 178th-ranked player (Na). Enjoy the dichotomy.

Lee Westwood vs Sergio Garcia. Group 8 will be an exciting pan-European show, but the Day 1 event between the English and the Spanish will be a “must watch” event.

Rex Hoggard and Ryan Lavner fill in their own hooks for the 64-man field at WGC-Dell Technologies Game Play.

Webb Simpson vs Paul Casey. The two veterans are eyeing this year’s Ryder Cup and have played some of their best golf at the WGC-Match Play.

Collin Morikawa vs Max Homa. This should be a fun Day 2 matchup between two players who won this year’s Tour and have similar games that are a perfect match for Austin Country Club.

Viktor Hovland vs. Kevin Streelman. This is a game that could be solid based largely on what was expected. While Hovland is playing his first WGC-Match Play, his young restart suggests he was made for form and his Day 1 bout could set a tone.

Bryson DeChambeau vs Antoine Rozner. The 28-year-old Rozner from Paris is out of action two weeks ago at the Qatar Masters. His opponent is the fifth-ranked player in the world and threatens to restart the game. Mixing is the best part of the WGC-Match play.

Tony Finau vs. Will Zalatoris. For Finau, this is a good opportunity to prove that those who are close to losing on Sunday will not explain it. For Zalatoris, it’s an opportunity to take another big step forward during his meteoric rise.

Justin Thomas vs Louis Oosthuizen. Group 2 would be called the “pod of death,” with JT, Oosthuizen, Matt Kuchar and defending champion Kevin Kisner all ready to move on. JT is new after winning at The Players and Oosthuizen is a game changer. Enjoy.

Thomas vs. Kisner. Before Thomas gets South Africa, however, he gets the defensive camp. Kisner may seem to be overtaking the No. 2 world but he believes it is in his last two starts at Match Play that he has won (2019) and second place ready (2018).

Mata Fitzpatrick vs Jordan Spieth. Fitzpatrick has been fairly consistent this season and Spieth seems to have rediscovered his game and confidence. It should be another close blow between like-minded players.

Patrick Reed vs Bubba Watson. Realistically, in a perfect world we’d go on to the quarterfinals and a potential Reed-Spieth duel, but don’t let it get on with us. In the meantime, let’s take a Bubba football strike and Captain America’s play-by-play witchcraft.

Patrick Cantlay vs Hideki Matsuyama. While it may not be a put-on clinic this game promises to be some of the best ball strike of the week.

Jon Rahm vs Ryan Palmer. Again, this should be a one-sided game in terms of world rankings but both won the Zurich Classic as a team and the kind of chemistry that makes maids play in shape is so invisible.

Latha Xander Schauffele vs Jason. The Australian continues to find anything that has been missing from his game in the last few years and Schauffele could be the kind of test that will take its toll better. It could end very poorly for Day too.

Roddy McIlroy vs Cameron Smith. The Northern Irishman is the player with higher seed but Smith has a move on his side after finishing fourth last month in Los Angeles. There is also no indication that McIlroy has found a quick response to his ball – hitting smells.