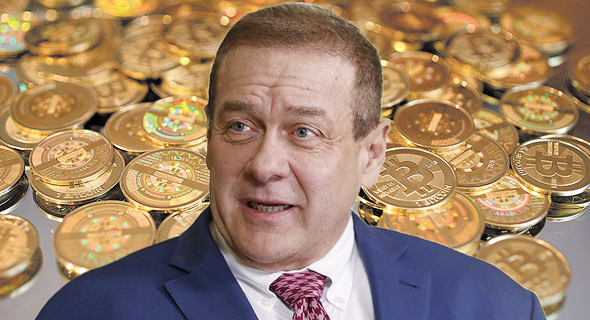 “Bitcoin should be worth more than $ 400,000,” Scott Maynard, chief investment officer at Guggenheim Investments, told Bloomberg.

The virtual currency jumped 13.7% this morning (Thursday) and reaches a price higher than $ 22,000 for the first time. According to the CoinDesk website, Bitcoin is currently trading at $ 22,072.45. Estimates are that the cryptocurrency will rise even more.

Bitcoin and the Bloomberg Galaxy Crypto Index tripled in value this year, while shares related to cryptocurrencies in South Korea, Japan and China traded higher.

However, the rally in digital assets is causing controversy in the industry, given the history of the price of bitcoin which includes sharp rises and falls. Proponents argue that the currency replaces gold as a safe asset, given the weakness of the dollar and potential inflationary pressures. In contrast, some argue that the speculative nature of the currency will eventually lead to the bursting of the bubble, similar to what happened three years ago when Bitcoin climbed close to $ 20,000 and then collapsed to a price below $ 5,000.

At the same time there are signs that long-term investors, such as asset managers and estate management offices are playing a bigger role this time around. According to Maynard, the relatively low supply of Bitcoin combined with “extensive money printing” by the Federal Reserve means that the digital currency should eventually be worth $ 400,000. Minard is the director of the Guggenheim Macro Opportunities Fund, which manages $ 5.3 billion in assets that made headlines last month due to a change in the laws that will allow the fund to transfer up to 10% of its assets to the Graysel Bitcoin Fund.

“The price will now move from a linear increase to a parabola form, in part because private investors have so far remained ‘out of this rally,'” said Kay van Petersen, a strategist at Capital Markets Pte in Singapore. “Crossing the $ 20,000 threshold was expected and I’m even a little surprised it’s not happened before,” commented analyst Craig Erlam of Unade Europe. “The Fed’s incentives may have given the currency another boost, but let’s face it, Bitcoin doesn’t really need it. Crossing the $ 20,000 threshold will give it more publicity and a strong end to the year.”