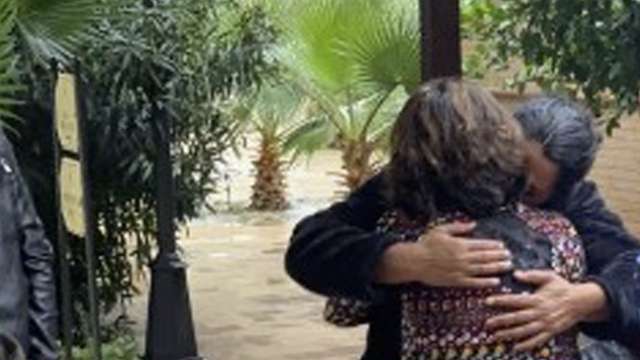 Twenty-five years ago, a baby girl named Belle Barbo was abducted from her biological mother – no less and no more – by the doctors of the hospital where she gave birth, in Romania.

Doctors told her mother that the baby she gave birth to was very ill. “My mother was an innocent woman from a very poor family,” says the now 26-year-old Barbo. “The doctors did not tell her what disease I was sick of, and after she was released and returned home, I was kept in the hospital and after a few days they were told I was dead.”

Barbo’s parents kept coming to the hospital and asking about the girl – a sight that apparently grieved one of the nurses, who secretly revealed to them that their girl had been sold. “My parents took the last money they had to go to an orphanage, and look for me there. But they did not find, and after a year there was no one to turn to.”

Belle’s parents did not imagine that the person who bought their baby was an American family, who still lives in Utah, USA.

When Bell was asked if she knew she was adopted, she said that when she was eight, her parents took her adoption to a conversation in which she was told that she was born in Romania, and they adopted her after her biological parents did not want her.

To verify their words, her parents revealed to her her original last name – which helped her years later, to start looking for them.

“A year ago I found on Facebook a group that helps Romanians look for their real families. I posted a post there revealing my original last name, and in just 48 hours – I received dozens of messages.” Among the messages was one that particularly attracted her heart – from the group manager. “She wrote that she was approached by a 20-year-old guy named Moise, who bears my last name. During conversations I had with him, I realized that he was my biological brother, and that I had two more brothers – Simona and Florian. My biological parents, Margarie and Zambila, live in Rome. And we met shortly afterwards, “she recalls.

With the help of an organization that helps in these cases, Barbo performed a DNA test and was found to be their lost daughter. “On the flight to Rome I was really excited to meet them. I felt I had a deep connection to them, even if I did not know them. The meeting between us was amazing and it was hard for me to say goodbye to them.”