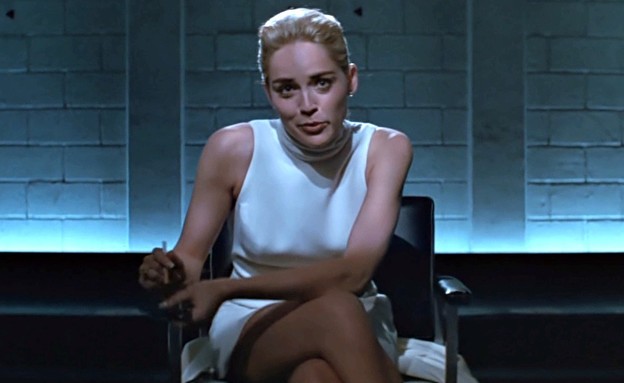 The famous and probably most memorable scene of Sharon Stone (63), one of the most prominent actresses in Hollywood of the 90s, happened in the interrogation room of the erotic thriller “Basic Instinct”. In the film, directed by Paul Verhoeven, she steps into Catherine Tremel’s shoes, and as she sits in front of the interrogators and educates her legs, she is momentarily exposed from her crotch. The scene provoked many reactions in the public, and especially raised the question of whether Stone wore underwear or not. In recent excerpts from Vanity Fair magazine, from her new book, The Beauty of Living Twice, Stone reveals the answer to the question, and tells how the producers motivated her to remove her panties during filming and cheated her.

Stone details the chain of events during the filming of the scene, which did make her a star but she said it caused her nightmares and a big crisis. In the scene in question, Stone reveals that she was asked to remove the panties by Verhoeven, under the false pretext that they were too bright in front of the camera due to their white color. “I’m told ‘we don’t see anything, I just need you to take off your panties because white reflects light.’ “.

Stone discovered the scam after watching the film for the first time, and threatened to thwart its release. She said the special screening included agents and lawyers who were not necessarily involved in the project, who watched the film with her for the first time. “I went to the screening booth and slapped Paul’s face,” Stone wrote of her initial response, “and then I left, went to my car and called my lawyer, Marty Singer. Marty told me they could not issue the film as it was, that I could issue a restraining order.”

After consulting with her lawyer, Stone decided not to take legal action against the film. “Why? Because it was true to the film, it was true to the character and in the end because I did it,” she wrote, “what if I was the director, what if I was the one who shot it, what if I did it on purpose or maybe by mistake, what If it just happened? I had a lot to think about. I fought for this role, and all this time only the director supported me. I had to find a way to stay objective. I let Paul know about the options Marty presented to me. He completely denied that I had anything to do about it. “I’m just an actress, just a woman, what choices do I have? But I had choices. So I debated and debated and chose to leave the scene in the film.”

After the film’s release, she received much applause that established her status as a star in the American film industry. But despite the laudatory praise, Stone says she was treated disrespectfully on the ground. One of the producers in a production that was filmed later, asked her to sleep with the actor next to her so that they would have chemistry on screen. In excerpts from the book, she repeats her response: “You insisted on this actor when he failed to hold a single scene in the audition, now it seems to you that I will sleep with him and he will become a reasonable actor? No one is so good in bed.”