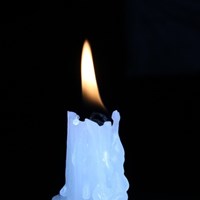 Severe disaster on Hanukkah: The late 14-year-old Mordechai Dov Fanet, a student of Satmar’s Kanin Torah yeshiva, drowned in a mikveh in Monsey after slipping on the stairs

Sad news comes from Monsey, New York: The late 14-year-old Mordechai Dov Panet, a Satmar Hasid, drowned this morning (Wednesday) during a baptism at a mikveh in Monsey.

The late deceased is the grandson of the late Rebbe Madeshesh Boro Park, the late Rabbi Nahum Meir Panet, whose beit midrash is located at 16th Avenue at the corner of 57th Street, the son of Yavalha Rabbi Yoel Binyamin Alter Panet.

From the details that reached Behadrei Haredim, it appears that the late Mordechai Dov entered the mikveh near his house the morning before prayer when he was alone in the place. Dead.

Behadrei Haredim learned that the mikveh was in a private house, so no one was there when the guy slipped, and he could not get medical help.

The funeral procession was held at noon from the Great Beit Midrash of Satmar in Monsey, through the Yeshiva ‘Kanin Torah’ Satmar, where he studied, to the Beit HaChayim Satmar in Kiryat Yoel, where he was buried.

May his soul be bundled in the bundle of life.