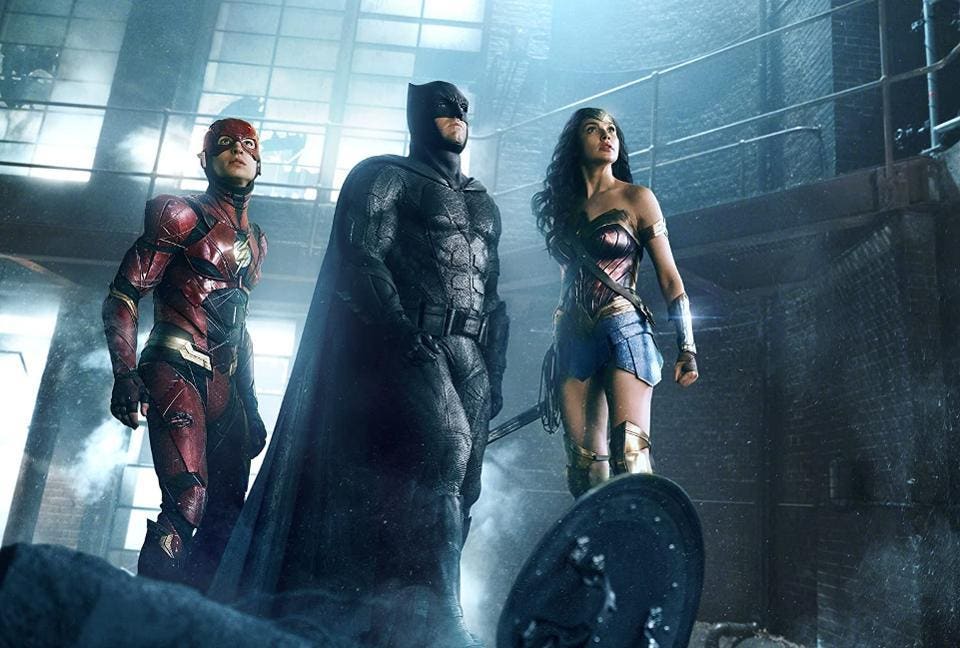 Last night I finally sat down and watched Zack Snyder’s Justice League in one sitting, something I never thought I would say, because I can’t believe he was brought back to life after years of being an urban fan legend.

But Snyder wanted his film back and WB wanted HBO Max subscribers, so here we are. And the end result is much better than I expected.

The four hours didn’t feel very long for me. No more than an Avengers sprawling movie, anyway. I got used to the seemingly odd 4: 3 ratio in a few minutes, and by the end, I was seeing the benefits. But a number of things stood out to me as distinct things that were clear over the original version, and I thought I’d go through it here. Destroyers follow.

Steppenwolf eye and inspiration – By this time, Steppenwolf seemed to be one of the most understood comic book criminals on screen. Now? His new look was terrifying, and a number of extended scenes really inspired him for what he did, an attempt to regain Darkseid’s favor by delivering him land, but also perhaps the Equation Against Life. His character was one of the biggest benefits from this cut.

Cyborg as a line through it – Cyborg by Ray Fisher indeed gets a chance to shine in this cut with a lot more to do, and effectively the heart of the film by attaching it directly to the mother boxes. I can see why Snyder thought Fisher would get his own solo film after this, and it has been a tragedy how DC has handled it instead. This is as close as it gets to confirmation, it seems.

Superman returned – It felt so much like an afterthought and as if the right work had been put into his resurrection this time. Cavill was great here, and it’s easy to see why everyone wants to see a full return to the role. Also: CGI mouths won’t be more awful to deal with.

The Score – The move is from Danny Elfman to Junkie XL separately quite obvious, since the Junkie XL soundtrack was another disaster of Whedon’s cut. The use of the different character themes was huge on point, especially many returning to Superman this time.

The Flash comes to an end – The end of the final battle was much more interesting this time with Barry Allen having to put time back for a short time to save the whole team and make sure Steppenwolf would lose and defeat Darkseid . That was just a really cool series, and well established with the earlier motherbox retro look.

The clear Sequel situation – Darkseid was added and the idea that earth was the only planet he was looking for because the position of the Anti-Life equation was a good setting for a sequel that might… never happen, but was it’s a much better -crafted finish than the original, and Darkseid should be in the movie from the beginning, even as just a tease.

The Total Tone – The original film clearly had two completely different directorial scenes linked together at the command of WB to try to make things look more like “MCU.” This version is very much Snyder through and through and just feels like a perfect thing. There is still humor in not needing Whedon to write it, but the general selfishness works here, similar to what we saw with Man of Steel or Watchmen.

So, I enjoyed it. More than I said I would. I would jump on board the “take back the Snyderverse train” to try and get a 4 hour series in the Justice League, but I’m not sure if that’s in the cards at this stage. While the Snyder Cut does exist at all, I believe DC has nothing to do with it, and there may be plenty of lies and comments in the future as the DCEU still looks a bit un- sure (seriously what were they thinking with Wonder Woman 1984?).

Anyway, happy to see this finally come to an end, and even happier to see that it was worth it and in fact it “fixes” the original in so many ways. clear ways.

Pick up my sci-fi novels the Herokiller Series, and The Earthborn Trilogy, which is also on audiobook.