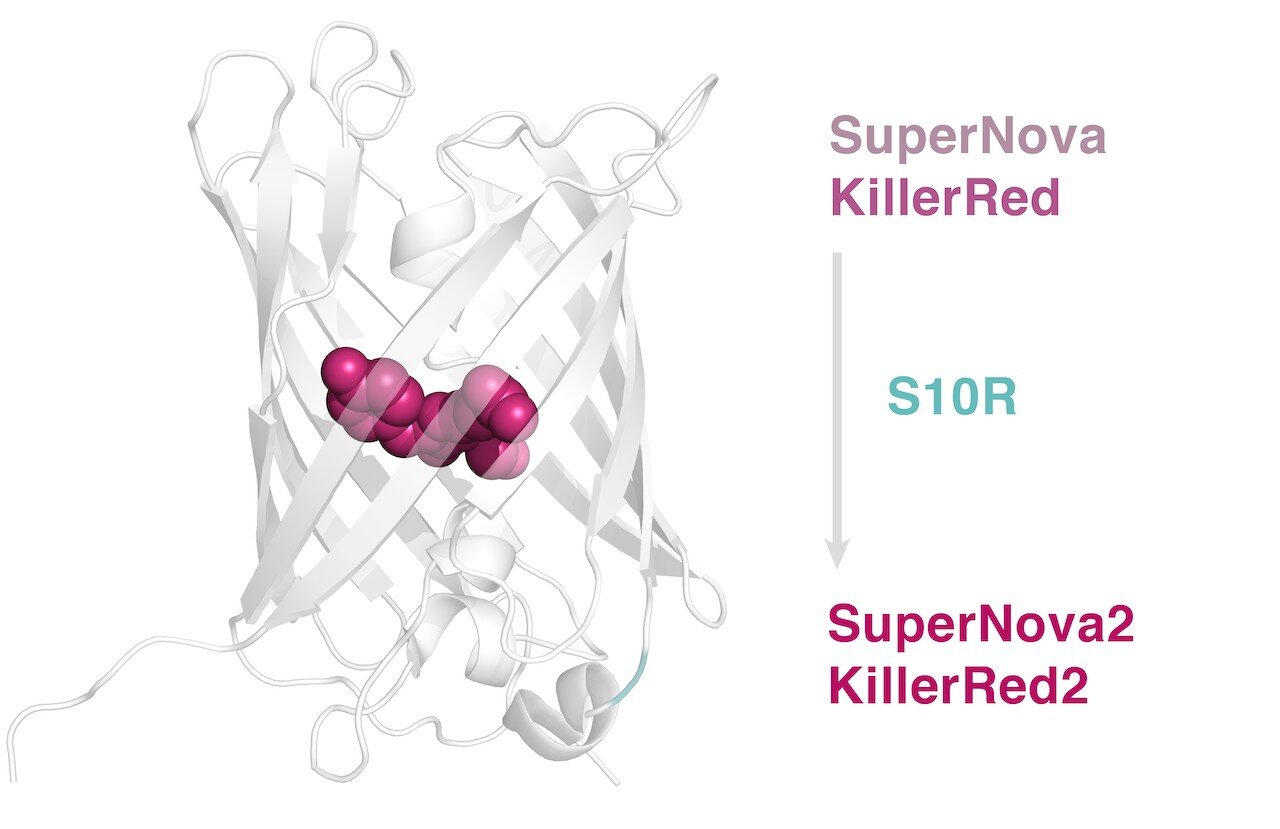 Scientists from Skoltech, the RAS Institute of Bioorganic Chemistry and the London Institute of Medical Sciences (LMS) have developed an improved version of SuperNova, a genetically coded phototoxic synthesizer, that controls intracellular processes by light exposure. The research was published in the International Journal of Molecular Sciences.

An important research tool, phototoxic proteins are used as genetically coded photosensitizers to generate reactive oxygen species under mild irradiation. Compared to common chemical photosensitizers, phototoxic proteins are genetically coded and expressed by the cell itself, making them easy to control and direct to any selected division in the cell. Thanks to the nature of reactive oxygen generated by the action of light, phototoxic proteins can create local oxidative stress, for example, to destroy selected cell counts or to deactivate target proteins – a feature that is particularly desired in process modeling cells.

The first phototoxic protein, KillerRed, was described by a team of Russian researchers led by Konstantin Lukyanov, a professor at the Skoltech Center for Life Sciences (CLS), in 2006. KillerRed was further developed by scientists Japanese and renamed SuperNova. In their recent study, Professor Lukyanov’s team has developed SuperNova2, an improved version of SuperNova, which displays high speed and maturation integrity and is monomeric, which makes the new protein easy used and suitable for a wide variety of molecular biology activities.

“We expect the genetically coded SuperNova2 photosensitizer to be used in a wide range of experimental models,” says Professor Lukyanov.

Presented by the Skolkovo Institute of Science and Technology