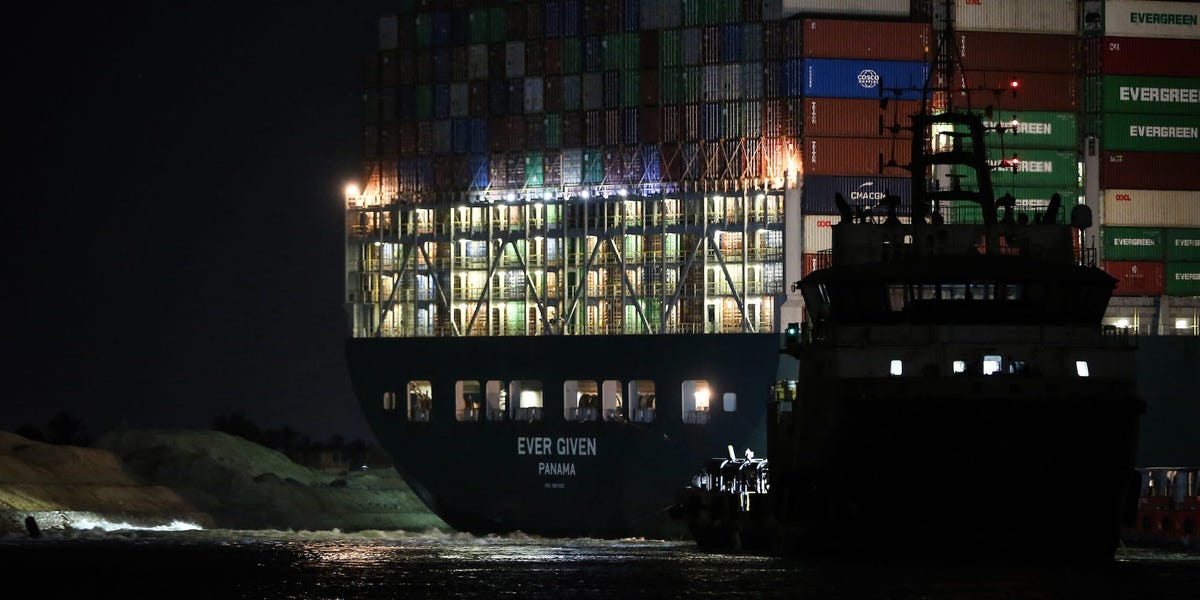 The large carrier vessel that was captured in the Suez Canal survived Friday night, but the vessel remains unchanged in the near future, officials said Saturday.

Workers made “significant progress” and managed to free the ship’s rudder from the sediment, a spokesman for Bernhard Schulte Shipmanagement, the ship’s technical manager, told Insider in a statement.

But the port side of the ship’s bow is still stuck in the sand and mud, the spokesman said, noting that 11 tugs were working throughout Saturday along with scraping work to clear the sediment.

The Ever Given, operated by Evergreen Marine Corporation, ran aground on March 23 due to strong winds from a sandstorm. The ship is one of the largest ships – it is about the same length as the Empire State Building.

The vessel has been closing the width of the Suez Canal for more than 100 hours. The debate is costing the global economy around $ 400 million an hour – some 300 more boats are missing, and some have chosen to take a 15,000-mile round trip around Africa.

The head of the Suez Canal Authority confirmed to reporters on Saturday that “the stern of the ship began to move toward Suez” on Friday night, but said workers would stop their efforts when the tide fell.

“We expect the ship to slip and move from its position,” Suez Canal Authority Chairman Osama Rabie said at a news conference.

He said he could not think when the vessel will be released.

The 25 crew members, all of whom are Indian nationals, remain safe and “in good health and spirits,” a BSS spokesman said.