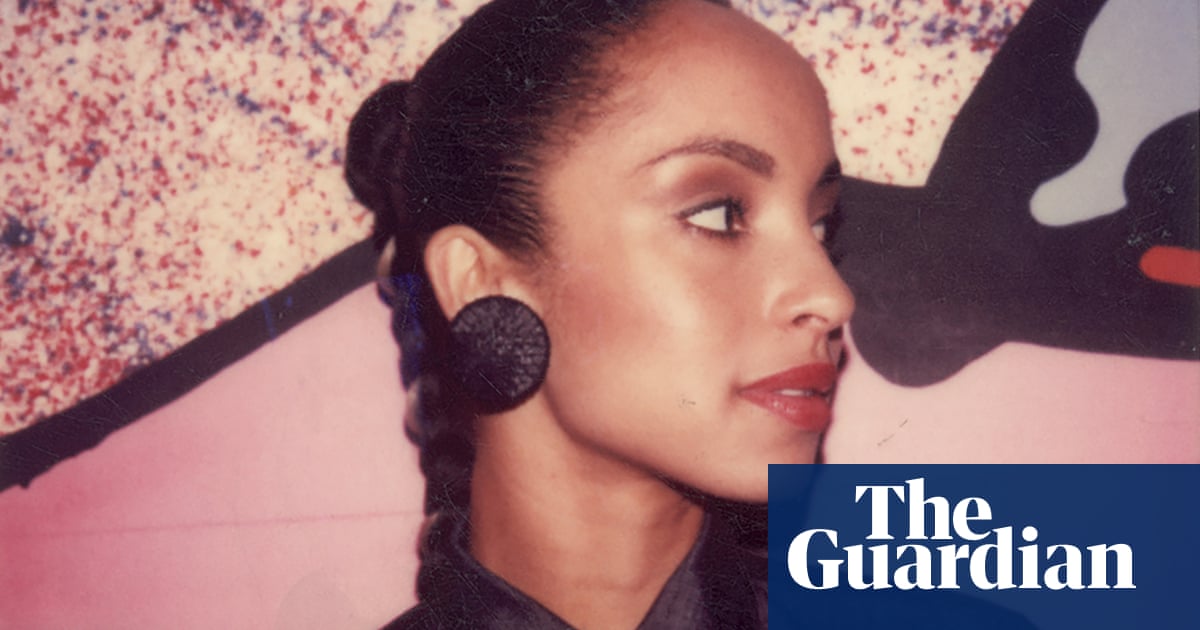 T.Sade first came to New York in May 1983. The band played the Danceteria. My friend Edwige and I went together. I had never met Sade before but I knew their music. It was really good – so different, so smooth. I grew up with Roxy Music. Sade felt like a version of the 1980s. After that, the plan was for them to come to a party at my loft. My friend Michelle was going out with a bandmember and Edwige knew them too. She had a lot of pressure on Sade. I have a view of the two of them, another of Sade looking directly at me, and this one.

Sade was present quietly, but such a beauty, and so elegant: elegant, iconic, with shiny skin, big eyes, red lipstick – goddess. Her hair was pulled back in a braided bun and she wore a big skirt with this very masculine shirt. She stood there, looking around the room. Maybe she was feeling like she was missing out on the action. Or maybe there was someone interesting she was looking at.

I don’t remember what we talked about – it was 1983, babe, that’s over 30 years ago! But I remember her English accent, and that she was sweet and gracious. I mean, she could have said her photo wasn’t taken. It’s all I wear earrings. People always thought I was a stylist – something I wasn’t. I was stylishish. If you look at the major fashion magazines of the time, they were awesome. It seemed that even the big labels like Gucci only made clothes for wealthy old ladies. I stood out. My look was unique, original and sexy with a French touch – lots of bright red and black, with big jewels.

The picture was behind Sade of a UFO, but don’t ask me who owns it. I had a lot of art back then, though not as much as I do now. I would urge all the artists who came along to draw in this book that I had. And that’s how I ended up having a beautiful Basquiat, a very rare early painting with a base ball, crown and letters. I was advised to design that picture to protect it, but I still have the book, with other entries by Lounge Lizard, John Lurie and Pater Sato, that amazing Japanese designer who died of an Aids – related illness.

We often had parties like this one, sometimes on top. Andy Warhol once brought Nick Rhodes at Duran Duran

We often had parties like this one, sometimes on top. Andy Warhol once brought Nick Rhodes at Duran Duran. Now, every time Nick comes to New York, he emails me – he likes people from the 80s to come to his shows. At the time, no one had stylists or PR people. There were no influencers, or cell phones, or emails: the connection with others was completely human.

I was 20 when I came to New York. Back in France I had met a Swiss photographer named Edo Bertoglio. He gave me my first Polaroid camera. We were both in a relationship, but we fled to New York. At first, life in the city was very difficult. The language, the incredible winter storms, finding work… My Polaroid camera became something for me to hide behind, and perhaps as a tool for finding out where I was. It was usually a very voyeuristic curiosity.

I think I was looking for beauty. I was as obsessive as people with iPhones are these days. I used to take selfies. But I never thought my pictures would be iconic. I never took them for that reason. It was more of a rape. And then I put them all in shoeboxes to keep them safe.

David Bowie was the only person who ever said he was a Polaroid. I was standing next to the bar in Studio 54, camera in my hand. He came up to me to get a drink, and I asked for it. “No, no, my love,” he said, sweetly. I should not have asked. I should have gotten hold of it.

High point: “When fashion houses are found later in life.”

Low point: “Living through the many recessions of New York. And seeing women as artists forgotten – that’s what the Guerrilla Girls celebrated in the 1980s. ”

Top tip: “Always bring some light, even if it’s just a candle. ”