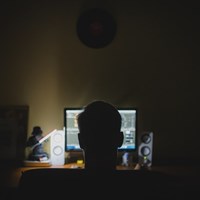 Here, the large insurance company ‘Shirbit’ is currently facing an attack by hackers that last night published the CEO’s passport. In the United States, at least 5 large government bodies were broken into yesterday, including the Department of Homeland Security.

While in our small country the big insurance company ‘Shirbit’ is currently facing an attack by hackers, apparently Israeli, on its servers, and last night (Tuesday) hackers increased and revealed the passport of none other than the company’s CEO Zvi Leiboshor, in the United States as always everything is bigger .

According to the Washington Post, at least five large government bodies in the United States were broken into yesterday, including the Department of Homeland Security, which also announced yesterday that they are aware of the cyber attack on them and are examining the response to the attack.

According to US authorities, this is a group of hackers acting in the name of Russia, and it is not yet known whether they were targeted for any specific purpose.

The hacked bodies issued a message to all their partners to check the degree of their protection, in the face of the cyber attack, which is estimated to be part of a large and extensive attack that has been going on for several months.