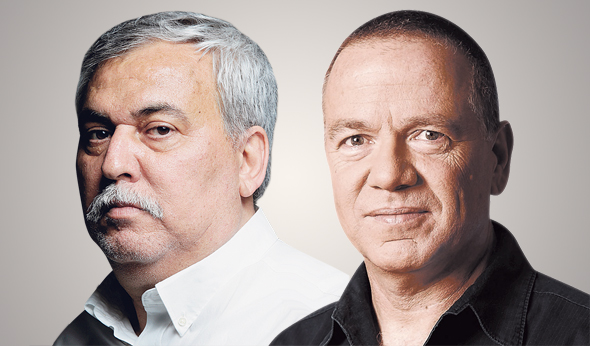 Yesterday (Tuesday) was one of the most dramatic days in the Beitan Wines retail chain, which has known many storms and upheavals in the past year. A series of events that began on Tuesday evening, bring the network closer to its moment of truth, and to the identity of the new controlling shareholder in the group.

Nahum Bitan does not have much time. By March 18, he must obtain an investor who will inject NIS 300 million into the company, regardless of its value in the investment. This is the amount that the Phoenix is ​​supposed to flow, according to the proposal it submitted last week, and which was approved yesterday by chairman Shlomo Rodev.

Pavilion is with its back to the wall, because when its potential investors learned about the tight schedule, they hardened their stance and offers. The bodies with which he manages contacts are Apax, managed by Zehavit Cohen, along with Adi Zim, Electra Consumer, which is controlled by the brothers Mike and Danny Zalkind, and Blue Square Oak, which is controlled by Moti Ben Moshe.

Pavilion was prepared for the war against Rodev and hired the services of the litigator Adv. Ron Berkman. On Tuesday evening, Rodev announced the convening of a board meeting to approve the Phoenix deal. The new outline of the deal is at a value of only NIS 150 million for the company compared to a value of NIS 480 million in the previous offer, and it is supposed to give the Phoenix group 66% of the chain’s shares in exchange for the capital flow in. The group includes Eyal Bakshi, the Arkin family and the Clearmark Foundation. The offer was given last week, for a period of one week, and Rodev gave the pavilion, as stated, one month from the moment it was received to bring an alternative offer.

Upon receipt of Rodev’s notice, Bitan convened his associates for a hearing during which Adv. Berkman sent a letter of dismissal to Rodev, and a notice of the dissolution of the board of directors. The board included only two people, Rodev as chairman and a decisive voice, and Bitan recently appointed CPA Avi Toledano as a replacement director, and he is the one who attended the meetings. Bitan, who is accompanied by his son Yossi Bitan, announced that the shareholders’ meeting had decided to dissolve the board.

The shareholders are Nahum Bitan and his wife, who hold full shares in the chain, according to them. But these shares are pledged to the chain’s two creditor banks, Hapoalim and Mizrahi-Tefahot, to which the chain owes NIS 250 million. These banks took out the lien when Pavilion was unable to meet its debt repayments. Pavilion claims today that the lien and its terms were taken from it illegally.

Bitan’s announcement to Rodev of his dismissal, following the shareholders’ meeting, was received with ridicule by the banks. Since the shares are enslaved to them, the pavilion has no voting rights in them, and thus it cannot legally, in their opinion, vote at a shareholders’ meeting and all the more so to remove the board of directors.

This is why Rodev, supported by the banks, was quick to make a board decision, apparently in Toledano’s opposition, to approve the Phoenix deal, and even informed Phoenix of its acceptance.

The banks lost confidence in the pavilion due to a write-off made by the chain in the amount of NIS 300 million in the 2019-2018 reports. Deletion made following tests conducted by Rodev at the company upon his appointment as chairman. The two banks felt cheated by Bitan, but decided to give it an additional credit line of NIS 150 million, but on the condition that they receive 16% of the chain’s shares and Bitan will undertake to fulfill its management agreement with Rodev. The chain’s shares have been pledged to both banks even before the period in which they lent NIS 250 million.

The banks were the ones who pressured Pavilion to appoint a new chairman for the company and move away from its management. And so Pavilion appeared on Friday more than a year ago at Rodev’s home, asking him to take on the role of chairman. Rodev’s partner in a refrigeration company is Roni Gat. Refrigeration supplies goods to the chain through Yafora and Tapogan, and a pavilion that is friendly with Gat consulted with him about a possible chairman for the company. Gat recommended Rodev and Bitan came to his house and asked him to take the job. Bitan asked Rodev to come and save the company and Rodev clarified: “I am coming to save the company and not the shareholders.”

The decision was that the voting rights on the board of directors and at the shareholders’ meeting would be transferred to Rodev, from Bitan and the banks. In addition, it was agreed that Rodev will receive options for 1% of the company’s shares each quarter at an exercise price that reflects a value of NIS 200 million for the company, which he will be able to exercise after five quarters. This is why Bitan failed to force Rodev’s dismissal in a previous decision in December, and probably will not succeed this time either. Pavilion claimed to Rodev that he had received the pledged shares back from the banks and therefore the decision to evict him was legal.

Calcalist also learned that Bitan’s war is also with the creditors’ banks. Adv. Berkman sent a letter to the two banks in which Bitan claimed that the interest charged on loans was too high, and that the banks forced him to sign documents in which his legal understanding was poor. Pavilion informed the banks that for him the agreement with them is void and that the shares of the chain are in his possession, and he is threatening a lawsuit against the two banks.

The banks go, as mentioned, hand in hand with Rodev and are determined to force the Phoenix deal. Pavilion also came out against the Phoenix, claiming that the company had intimidated some of those involved in order to adversely affect entities with which Pavilion negotiated the deal. The banks fear that if Rodev leaves, a dam will be breached by the suppliers to which the chain’s debts are over NIS 600 million, and the credit insurance companies will remove their hand from the company.

The relationship between Pavilion and Rodev at the beginning was good and the two often consulted despite their very different personality structure. The relationship ran aground with the discovery of the allegedly inflated inventory that led to deletion of reports and the replacement of the company’s accounting firm.

On Tuesday night, Pavilion called Rodev, telling him he would not accept the Phoenix offer, and got off it. Rodev refused and replied that without this investment the company would collapse. Pavilion went on to urge him not to do so. Rodev refused again, replying that it was a company of 5,000 employees, and that he would not take such responsibility out of concern for the company. The concern is that Pavilion’s concern is for shareholders and not for the company.

One can understand the plight of Pavilion, whose mistakes led the network to an existential crisis. Last year it recorded a recovery in sales growth but buyers fear it is a one-off year.

The offer submitted by the Phoenix devoured the cards of the Zalkind brothers, the controlling shareholders of Electra Consumer Products, through which they offered to purchase 51% of Pavilion wines for a flow of NIS 400 million and at a value of NIS 400 million. Bitan is trying to close a deal with Blue Square Oak, controlled by Moti Ben Moshe, in which the group will purchase the entire shares for NIS 650-600 million.

But both Electra Consumer and Alon are public companies, with responsible boards of directors. Signing a flow at a company value significantly higher and unreasonably exceeding the value presented by the Phoenix puts them at a certain risk, because the Phoenix in contrast conducted substantive due diligence in the company, for three months. The two entities, as well as Adi Zim and Zehavit Cohen from Apax, who are offering a loan of NIS 200 million to cover the debt, converted into shares, will not close a deal without lengthy due diligence.

This is to prevent the risk of another pit that will be discovered in the company in the future and will expose them to exposure to a claim by shareholders from the public, as those who made a transaction without checking it and despite a warning sign in the form of the Phoenix offer. In the vicinity of the pavilion, it is claimed, as stated, that the Phoenix terrorized other bidders using its power as a large institutional body.

The events bring the pavilion closer to the loss of control of the company. With his back to the wall he is trying to use every possible ammunition and expect to file a lawsuit in court against the banks to return the pledged shares to his possession. At the same time will try to close a deal with one of the interested parties. He prefers the Zalkind brothers even though they have reduced their original offer. But from day to day his chances of winning a small battle, unless he makes the almost impossible move and brings a complete deal to the table before March 18th. A complete deal and not an offer. Either way the fight will probably be decided in court.