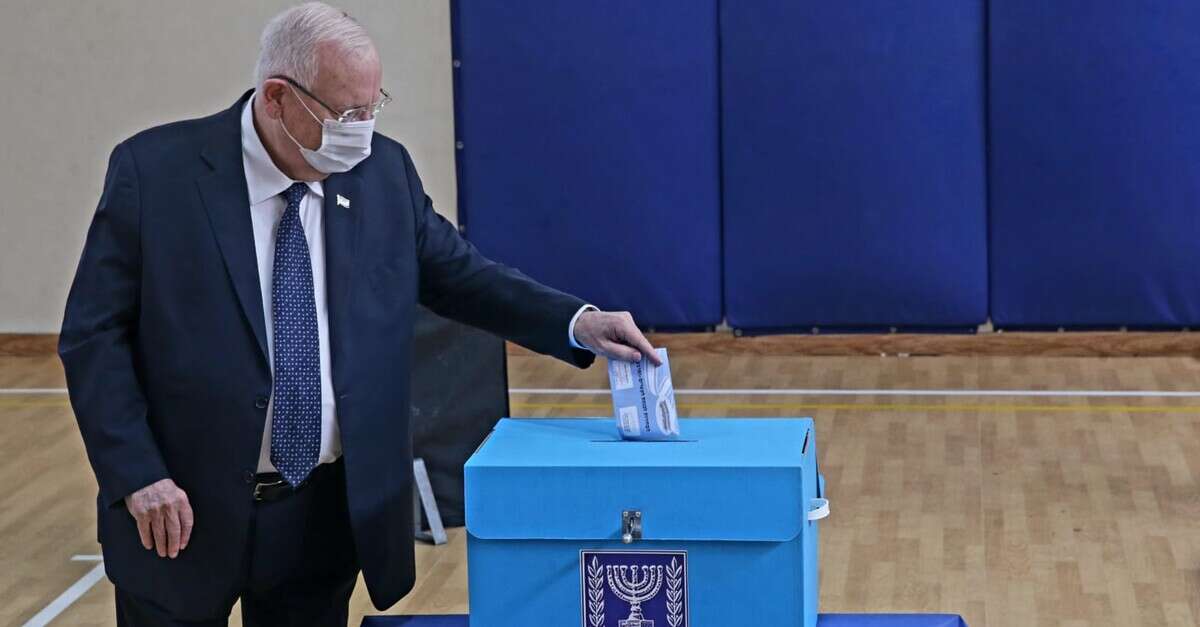 Elections to the 24th Knesset – The heads of state exercised their right and made statements: Prime Minister Benjamin Netanyahu said this morning (Tuesday) that he “hopes these are the last elections.” Netanyahu made the remarks at the ballot box at Urban C School in Jerusalem, where he voted.

“This is a holiday for Israel, truly a holiday. A day of joy. We go out for so many things, and exercise the democratic right. It is especially exciting for me to come with my wife, who had a very difficult weekend. Thank you for all the wishes of all Israeli citizens, You touched our hearts and moved us. It also excites me to come here, we are 100 meters from where I studied in first grade. Come back here and vote here.

“I call on everyone to get out of the houses and exercise the democratic right to vote, and at night we will all go back to smiling as they say. I tell everyone: do not stay in the houses.”

The prime minister’s wife, Sarah Netanyahu, made a brief statement a few days after she was released from the hospital following a recent appendectomy. “I want to start with thanks, thanks to the medical staff and Hadassah Ein Kerem Hospital and thanks to the citizens and the masses of citizens from all over Israel and the ends of the political spectrum. It moved me and gave me strength. And many thanks to my husband who does good things for all of us. May we all have success. “

“Only in your hands to influence”

Earlier, President Reuven (Ruby) Rivlin went to the polls at the Yaffa Nof school in Jerusalem, near his residence, to exercise his democratic right to vote in the 24th Knesset elections.

In his speech, he said: “Even in the midst of the great difficulty, the Knesset elections are the holy of holies for Israeli democracy. A fourth election campaign within two years undermines public trust and the democratic process, but only in the hands of you, the citizens of Israel.

“Hence I would like to thank and strengthen the Central Election Commission, which in the current system also guarantees the right to vote of all Israelis and the correctness of voting throughout the country. Without preference and without bias. They do so under pressure from a variety of challenges, and firstly adapt the election campaign to at-risk populations. And civilians in isolation.

“For the last time from the heart of a president to your heart – please go out and vote – for our children, for our grandchildren, for future generations. And so and for us. We have been blessed and a beneficial and happy democratic holiday for the whole people.”

From the ballot box, the president continued to visit the Knesset – where members of the Central Election Commission are waiting for him.

Recall that Rivlin’s role in the election process does not end with the ballot. In his capacity as President of the State, and at the end of eight days from the day of the election, i.e. March 31, 2021, he will receive the official results of the election by the Chairman of the Central Election Commission, Supreme Court Justice Uzi Vogelman.

Starting with the receipt of the results, he has seven days to hold consultations until a decision is made on which candidate will entrust the work of assembling the government. When the decision is made for the designated Knesset member, there are 28 days for forming a government, but the president may extend the period by another 14 days.

Then, throughout the process of forming the government, the president has a key role to play in cases where the elected candidate fails to form the new coalition – and he will be the one to cast the ballot for other elected MKs who will try to succeed in this important task.

Rivlin: “Elections are the Holy of Holies for Israeli Democracy” // Photo: GPO

It should be noted that President Rivlin is expected to be replaced in July 2021, so this will be the last election in which he will serve as president. Also, during the previous election Rivlin took a very active part in efforts to form a unity government led by Benjamin Netanyahu and Bnei Gantz.