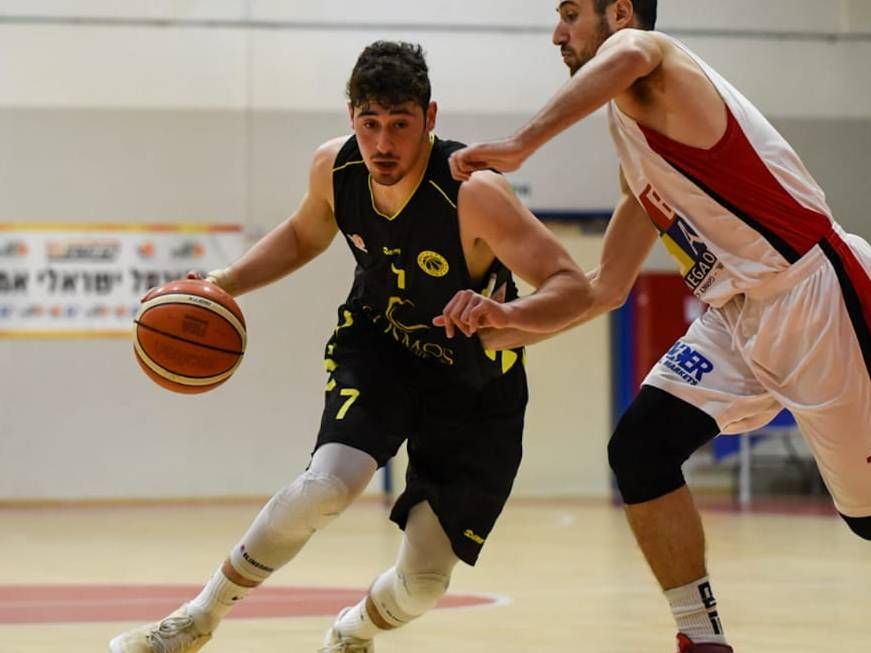 The future generation of Israeli basketball has been blessed with some talents that promise us a fascinating and full of potential decade. From Danny Abdia, through established players like Yuval Sussman and Tamir Blatt, to Yam Madar and Noam Dovrat – it seems that a real golden generation is developing here. But it is possible that another huge talent is revealed under the radar, one that develops and breaks out at a relatively advanced stage: it is time to get to know the Itai Moskowitz.

He rises to a height of 1.91, plays in the guard positions, will celebrate his 21st birthday in ten days and records an exceptional breakout season in the national team Elitzur Netanya uniform. Moskowitz is a product of the “Real Actor” project, which in recent years has grown Tamir Blatt and contributed to the development of dozens of actors.

“Be a mediocre player nationally”
Moskowitz was born in the Petah Tikva area, but grew up in the youth department of Gilboa Springs. As a boy and youth player, he began to suffer from a stigma that he is already beginning to break free from today – that he suffers from “dizziness”, a tendency to dribble the ball too much and start moves too late. The professionals at the time thought he could develop into a mediocre player in the national league.

Moskowitz’s acquaintance with “Real Actor” came as early as ten years ago, when he attended a summer camp of the project. In the same camp he shares a room with a skinny boy named Yam Madar. Fast forward to December 2017, Moskowitz reached the finals of the High School for Youth together in the “Multidisciplinary Ein Harod” high school. An unforgettable game against “New High School” from Tel Aviv showcased promising talents such as Idan Alber, Dori Sahar and another named Danny Abdia. Next to Moskowitz in Ein Harod starred Yotam Hanochi, who also won the MVP title on the way to a huge victory, 86:95. Moskowitz contributed 14 points and handed out 7 assists. A monstrous game of 23 points and 16 rebounds was not enough for Danny Abdia against Hanochi, who finished with 29 points and 10 rebounds. The same game was attended by the founder of a real actor, Idan Avshalom, who saw Moskowitz and decided to include him in the project.

“Second only to the sea of ​​Madar”
At that time, the project began to collaborate with teams and Moskowitz moved to play for Urban Raj, who worked under the guise of a real player. Avshalom introduced Moskowitz to what he calls the “Tamir Program,” named after Tamir Blatt, which includes the close guidance of a coach and a nutritionist. Accordingly, there has been a huge jump in Moskowitz’s own work ethic.

Last year, he traveled with the project to Elitzur Netanya from Leumit, which today is made up entirely of real player players alongside two foreign players. The first season was not easy: the leading guard in Netanya was Raz Adam, Moskowitz did not receive a significant share of minutes, but continued to adhere to the work plan. In the summers between the seasons, he would receive a work plan worth tens of thousands of shekels, and in return worked as a children’s coach in the camps of a real player.

This season came the explosion that no one expected: averages of 19 points, 5 assists, 5 rebounds and 1.3 steals in 19 games so far in Netanya. Only once this season has he dropped from double digits. Strengths: Outstanding penetration ability, decision making, and aggressive defense. However, he still has a lot to improve on, like the off-arc percentage (33%) and ball handling (3.3 turnovers).

Abdia. Moskowitz played against him in high school (Getty)

In Netanya, it is said that the professional leap goes hand in hand with an accelerated maturation process that brings work ethic to levels not normally seen in players his age. For example, this week Netanya played against Hapoel Afula, and the team rented a hotel in Mizra to avoid the traffic jams of the afternoon. Moskowitz saw the schedule and called the group manager. “Say, what’s on the lunch menu?” Realizing that the ingredients of the meal were appropriate for the diet he was sticking to, he responded with a sense of relief: “Sabba, because if it weren’t appropriate I would bring rice and tofu in a box from home.”

The mentor who has accompanied Moskowitz in recent years, alongside Avshalom, is Sean Daniel, Son of Motti Daniel. He wakes up with him every day at six-thirty in the morning, as there is not always a hall available for training at more convenient hours. Although Avshalom is not really objective, in his opinion Moskowitz is the best one-on-one Israeli player today, after Yam Madar: . This year he is making a complete transition to the role of classic coordinator. ‘

The dilemma: college or a jump to the Premier League
Moskowitz has already pledged to go to colleges next season, and has agreed with Marimack College of Boston, which plays in Division 1. But this year’s big breakthrough has changed plans, and Moskowitz, along with his parents and real player staff, tend to give up college and realize one of the many offers from teams. In the Premier League.

Moskowitz has a month and a half to make a final decision about college, and the decision will be made soon. During this time he is expected to sit down with the groups that are interested in him. We recently reported an interest here from Hapoel Jerusalem, but those around him are determined that he will continue to make progress in a place that can give him the stage, both in terms of status and in terms of minutes of play – something that is not certain can happen in the capital.

In the meantime, Moskowitz will continue to work hard, continue to impress nationally, and it will probably be a matter of time until the Premier League gets another promising talent, and this time – one that almost all professionals have missed. He was supposed to be cash for the reserve team, if she had competed in the European Championships last year, but the Corona has ruined that too, and in the meantime he has already jumped a year. This means that in the future he may become one of the few to make his debut in the Israeli senior team, even though he played in the national uniform only at the cadet (pre-youth) level before.

Katsch. Will he get to summon Moskowitz? (Alan Shiver)