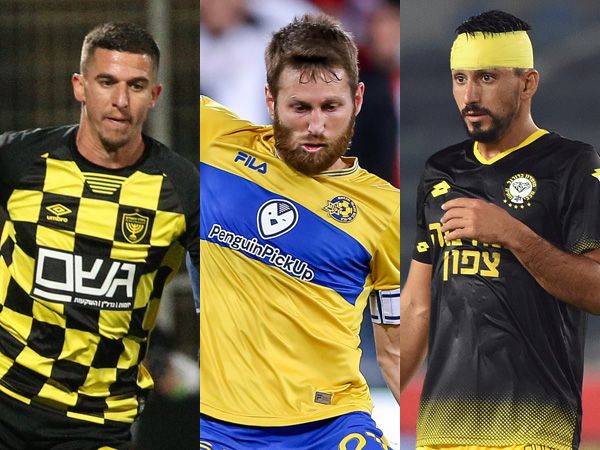 “A symbol is a representation of a concept, such as an idea, object, quality, etc. The symbol acquires meaning and importance beyond what exists in it per se” (From Wikipedia, the free encyclopedia)

Are there any more symbols in football? There seems to be no more clichéd cliché than the phrase “the only symbol there is, it is the symbol of the dollar.” A kind of longing for the old days, when players spent their entire careers in one team – became completely identified with a specific club. From there came the term “symbol” – those whose face could have replaced the icon on the right side of the red / yellow / green shirt.

From Ehud Ben Tovim through Moshe Sinai and Eli Ohana to Avi Nemani, the history of Israeli football has been replete with players who linked their fate with a team that was loyal to it from the beginning of its career until its end – sometimes long after its playing career. Ostensibly, this era is gone; There will be those who will say that the transfer of Gili Vermot, one night, from Hapoel Tel Aviv to Maccabi Tel Aviv (after a derby in which he served as captain!) Was the death of the term “sergeant”. Still, this time I tried to find five players who became such “symbols”, even today, ostensibly in an era where capitalism broke every record. Players who are a club.

Fifth place: Dan Mori (Bnei Yehuda)
In many ways, the last Mohican. Even in a season where there is everything but stability in the Orange Club, he remains a cypress facing the storm. Even if the method changes from two to three brakes, and other names change quickly in total – Paddy Najar and Tambi Segs and Shai Mazur – somehow always, next to them, will be number 3. Even Murray, like many other symbols, did the act that makes a person a symbol – a return from Europe The warm house. Murray, too, had a slight foray into other groups, but in the end always returned to the mother base. And in the end, if Bnei Yehuda survives (somehow) this shocking year, Mori will be the one to bring it to the Promised Land.

In fourth place: Gal Erel (Hapoel Haifa)
The man and the penalties. In a world of growing uncertainty, where everything seems to be changing, one thing is for sure – Gal Erel will play in the Hapoel Haifa link. The man who grew up on the red side of the Carmel, developed into the significant figure in the 2021. Model club. It may be on the way to negation, but in a very unsuccessful event Erel shone again as the team leader in red in an effort to stay with his head above water. Then fall wide. And kick an accurate penalty to the right corner.

In third place: Idan Vered (Betar Jerusalem)
Yes, this is a kind of glitch in the Matrix – after all, Vered did not grow up in Betar. He is not a Jerusalemite, but a player who passed through Ramat Gan as a teenager. , Went through many upheavals in his career: from the rise to adulthood, almost by accident, in the twilight of the Gaydamak era; Still, once or twice a season, an important goal will be scored for Betar – you will look at the scoreboard, and you will see the name of Idan Vered proudly displayed. Then No. 8, skinny but dominant, ran to the yellow-black crowd.

rose. And he generally grew in power (Danny Maron)

Erel. The incident in the derby strengthened his position (Maor Elkelsi)

In second place: Almog Cohen (Maccabi Netanya)
As mentioned, one of the main points in the workbook “This is how you will become a symbol” is the comeback: the moment when a successful Israeli football player puts down the walking stick, and chooses to return to the team in which he grew up. So did Aliniv Barda, who won eternal life at Hapoel Beer Sheva; Eli Ohana did that, of course, in a comeback from Mechelen to Betar Jerusalem in the national league. And so did Almog Cohen; Netanya from the grayness and try to make it a top group. Maybe shape it a bit in its image; a little more like Sah and less naive. It may be a process, but it is clear that Cohen is not one to give up easily.

And in first place: Sharan Yeni (Maccabi Tel Aviv)
Maccabi Tel Aviv fans have many beloved players. Jonathan Cohen and Dan Glazer have bought a place of honor thanks to the last two years, Eran Zehavi crossed the Rubicon and became a yellow icon in his own right. But in their hearts there is always Sharan Yeni. “The man who was always there” Maccabi: The last remnant of the gloomy decade between the championship in 2003 and the Jordi revolution in 2013, but the one that also played a significant role in the teams of Idan Goldhaar. The one who has become the face of the new Maccabi: works quietly, under the radar, and finishes with success. The one that is usually waved by Sharan Yeni himself. How typical.

Almog Cohen. Returned to where he became a sergeant (Alan Schieber)

winy. He always seems to have been there (Alan Schieber)