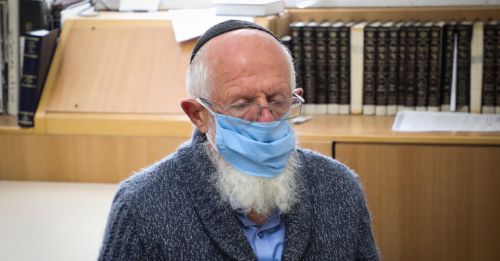 Rabbi Yaakov Madan, Rosh Yeshivat Har Etzion in Gush Etzion, today (Monday) congratulates MK Matan Kahana and the Right Party and says: “I am confident that the Right Party will fight and fight with all its might for the Jewish identity of the state.”

The rabbi added: “In the election campaign, there is sometimes a Torah rabbinical voice, which sees the Religious Zionist Party as the main force fighting for the Jewish identity of the state, and the ‘Right’ party as a marginal force in this area, “And their actions, it seems to me, that this picture is not true. I am confident that the right-wing party is fighting and will fight with all its might for the Jewish identity of the state, and I wish it success in this.”

As you may recall, Rabbi Stern also sent a greeting to the right-wing party and MK Matan Kahana last Thursday ahead of the last alignment of the election and said: I have no choice but to congratulate you on the blessing of success and may we all be united in faith and good deeds for the common good and the individual alike. “