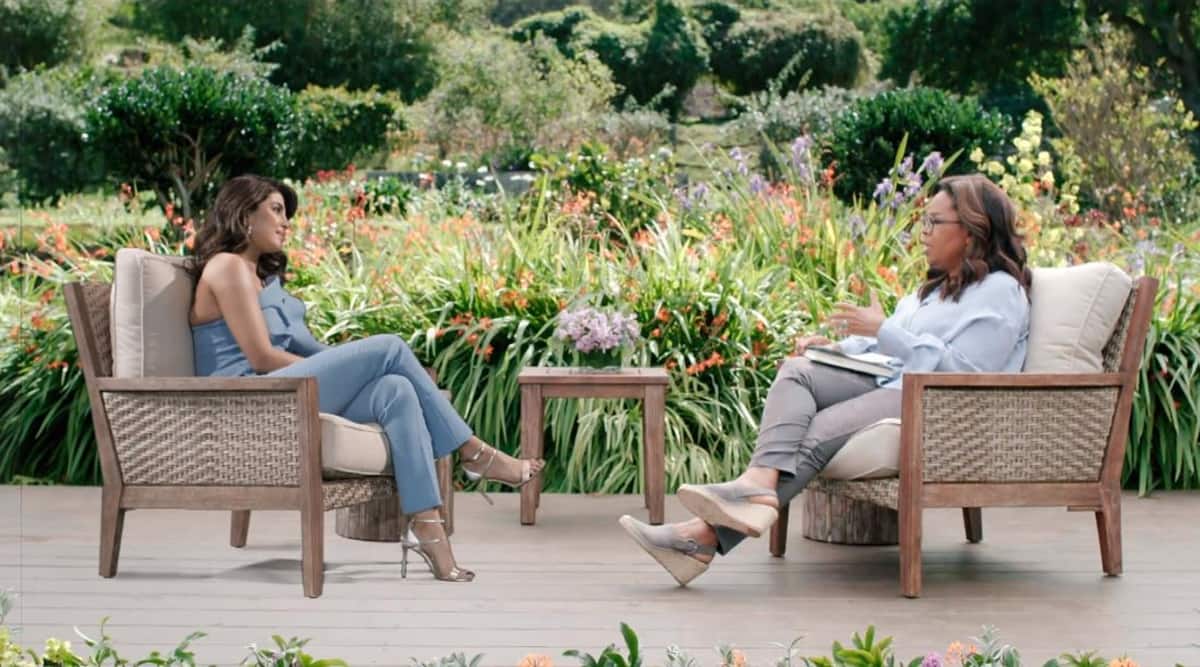 Priyanka Chopra’s interview with Oprah Winfrey’s iconic talk show guest on Super Soul has been a lot of excitement. The main topic of conversation is the recently released Chopra memoir titled Unfinished: A Memoir.

But from the memory, in which Chopra writes about her amazing life, come stories about her childhood, career, family, relationships, and marriage. So the conversation is pretty much forbidden.

Here are five takeaways from the interview:

During the interview, PeeCee stated that she was an Indian, she was open to almost all major religions and religious practices while growing up and believing in a higher power. She said during the interview, “In India it’s hard not to, you’re right. With the number of religions living in the country … I grew up in a convent school. So I was aware of Christianity. My father used to sing in a mosque. I was aware of Islam. I grew up in a Hindu family. I was aware of that. Spirituality is such a big part of India that you cannot overlook it. “

2. When her faith has been proven

It was the death of her father that tested Priyanka’s faith. She replied to Oprah, “I was very angry. My relationship with God changed a little. But then at the same time, I feel like God helped me find health and come out of it too. But at that point, it was tested. Oh man, I went to every temple there was. I did all the prayers that had to be done. I met every godman or woman I needed to meet, every doctor I needed to go to. I traveled my father to Singapore, New York, Europe, India, everywhere just for anything I could do to extend his life. It feels unhelpful. ”

3. She has been bullied and bullied at school

Priyanka revealed that she moved to Boston, USA at the age of 16. There, she was a target of intense racial-type bullying. She told Oprah, “High school is tough anyway. To come of age, to understand your body as a woman. At the same time being reduced to something I couldn’t change. I didn’t realize this was something I should be ashamed of. ”

4. How Priyanka judged the book according to its cover regarding Nick Jonas

In the interview, Oprah raised Nick’s subject and how Priyanka has written in the memoir that her mother was “dreaming” with him. Priyanka said that when she first looked at Nick, she may have been “judging the book by the cover”. She said, “I may have judged the book by its cover. I didn’t really take it for granted when Nick was texting me. I was 35, I was like, ‘I want to get married, I want to have children. He’s in his 20s, I don’t think he would want to do that. I did that for myself for a while, until I went out with him. ”

5. Priyanka regrets not standing up for herself when she was mistreated by filmmakers

Priyanka talked about her struggles in the early days in the film industry which involved a director forcing her to do a dance show. She appeared because she was a new person, who could not be encouraged to raise her opinion. She said, “I was scared. I was new to the entertainment industry and girls are always told that you don’t want to get a reputation for being difficult to work with. ‘So I was working inside the system. ”