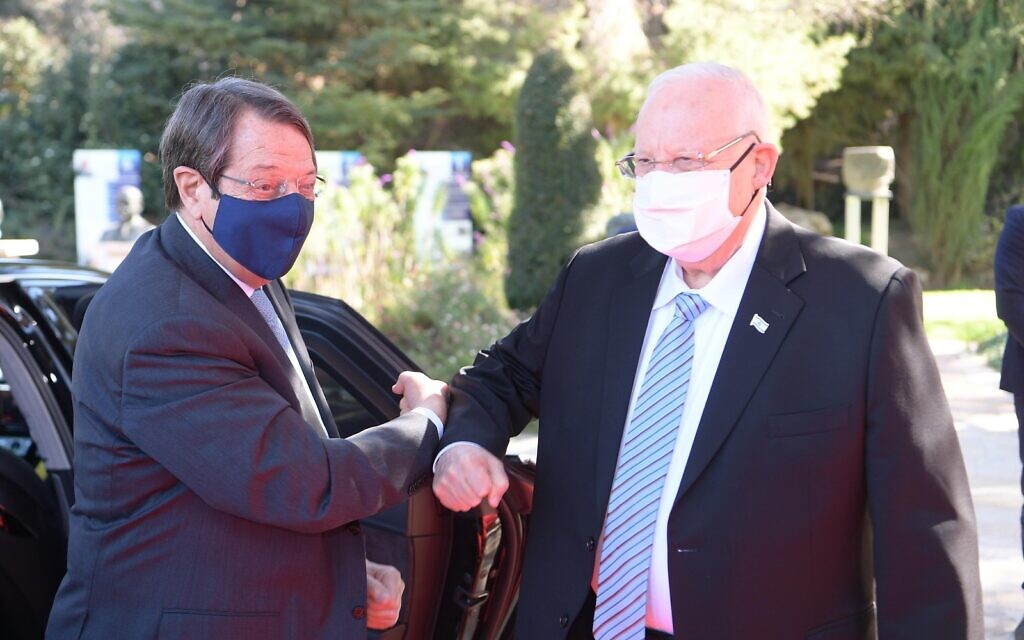 Cypriot President Nicos Anastasiades reached Israel on Sunday for a series of meetings with senior Israeli officials to end a deal for the two countries to recognize “green passports” together, allowing the vaccine to travel freely from one nation to another.

Anastasiades met with President Reuven Rivlin on Sunday morning and is expected to meet both Foreign Minister Gabi Ashkenazi and Prime Minister Benjamin Netanyahu during the day.

“As the coronavirus has shown us, today’s challenges know no bounds and we must work together to meet them,” said Rivlin, welcoming his Cypriot group to a head-to-head residence. “I am pleased with the recent understanding that will allow the renewal of flights between Israel and Cyprus and calls for more countries to adopt the ‘green pass’.”

Speaking alongside the Rivlin, Anastasiadis praised the “warm relations” between Israel and Cyprus and said, “I would like to express my deep gratitude for Israel’s support for Cyprus at this difficult time.”

“We have an ambitious action plan for co-operation between our countries, and between our diasporas. I would be delighted to welcome you to my country as soon as possible, before the end of your term of office, ”said Anastasiadis. Rivlin will end his seven-year term in July.

Information about the deal was expected to be released after Anastasiadis meetings at Israel’s Foreign Ministry.

The Hebrew media was announcing that the contracts would be implemented shortly after the Easter holidays, which will begin at the end of next month. The cabinet voted last week to extend Israeli space closures to February 20.

Israel is also negotiating a deal with the United Kingdom and Estonia on a travel corridor between the countries to receive the vaccine, according to Army Radio, and is said to be in talks on the implementation of similar agreements to Romania, Serbia, Georgia and the Seychelles.