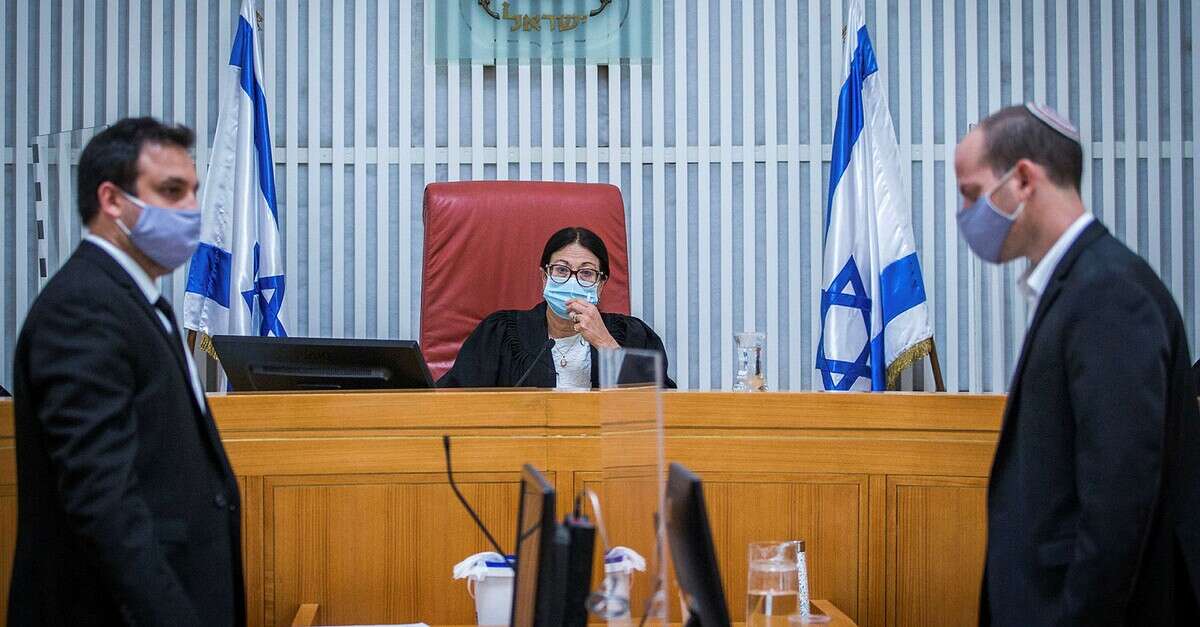 Another step to promote transparency: The president of the Supreme Court, Justice Esther Hayut, responded yesterday (Wednesday) to the request of the chairman, if you will, Matan Peleg, and announced that the hearing on the Nationality Law, which will take place next Tuesday, will be broadcast live.

“Since no reservation to the broadcast was received from any of the parties, we do intend to hold the hearing live and an appropriate decision was given today as part of the petitions,” the president wrote.

As you may recall, in a letter to the president, the chairman of the If You Will movement, Peleg wrote: “Due to the corona crisis, many who are interested in watching the debate have been prevented from seeing it. In our view, the High Court does not have the authority to discuss the Basic Law: Nationality.

In a letter from If You Will, Hayut herself was mentioned, according to which transparency should be increased in hearings: “The court system constantly adheres to the fulfillment of the principle of publicity of the hearing.

Following the publication of President Hayut’s decision, Peleg said yesterday: “The very existence of the High Court hearing is problematic, as we are once again exposed to the High Court’s blatant interference in matters not his own. Transparency is not a bad word and it deserves to be in the High Court as well.

However, the High Court must return to its natural size and stop interfering in the decisions of the legislature. It is time to enact a Basic Law: Separation of Authorities and stop the harm to Israeli democracy. ”