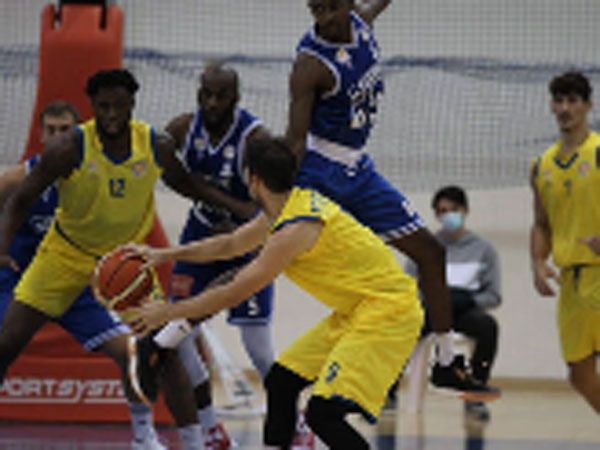 The tenth round of the national league opened tonight (Tuesday): At the center, Hapoel Afula inflicted an 80:76 premiere loss to Urbani RJ. Upper Galilee once again guarded the house with a victory over Kiryat Ata, and Elitzur Yavneh also achieved another victory when they defeated Maccabi Kiryat Motzkin. The Ordons marked a third consecutive V at the expense of Raanana Urban.

Maccabi Urban Raj – Hapoel Afula 80:76
Hapoel Afula inflicted a premiere loss to Maccabi Urban Raj, and did so thanks to two clutch threes by Goni Yizraeli and a big three at the end of Muriel Lotati. Throughout the game, no team managed to escape, until towards the end Eyal Shulman dragged the home team to a 69:74 advantage. From here, Afula scored 11 unanswered points and completed a prestigious away win.

Hapoel Acre / Mate Asher – Elitzur Netanya 99:96 (after extra time)
A big win for Diamonds, who do so after coming out of a double-digit deficit in the final quarter and falling behind in most stages of the game. Bryce Washington and Itai Moshkovich were once again above all, and this time luck was also on the side of the Netanyahu team. On the other hand, Hapoel Acre / Mate, which got a great game from Tim Williams, lost its temper at the last minute and it cost her dearly.

AS Ramat Hasharon – Elitzur Ashkelon 90:77
Who will stop Ashkelon? Hanan Hirshovich’s team continues to look wonderful, especially in the offensive part with 9 threes at 47 percent. Today that was enough for another victory that keeps it at the top with a perfect balance. Guy Cantor, on the other hand, is still looking for a win since the opening game.

Raanana Urban – Hapoel Ramat Givatayim 79:76
Matan Harush recorded a third straight win and comes to the derby with great momentum. The guests started the game well and very quickly gained a double-digit advantage, but later the team from Pnina Hasharon woke up and managed to turn the score around. Daniel Rosenbaum in a big three and Jeremy Combs’ control of the color gave the Ordons an important victory, placing them at the top of the table. On the other hand, Urbani Raanana with a third loss in a row falls into a negative balance.

Hapoel Galil Elyon – Urbani Kiryat Ata 66:78
Another victory in Kfar Blum for Barak Peleg’s team, which maintains its home. Kiryat Ata suffered a bad West in the attack after the victory over Ramat Hasharon last week, and recorded a loss after two consecutive victories. On the other hand, in the Galilee they again received a nice contribution from the Israeli team and Barak Peleg is at the top of the table.