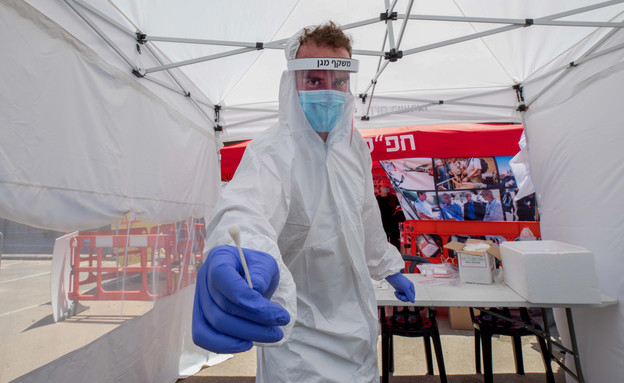 If the last-minute Hanukkah miracle does not happen, the State of Israel will return next week to a series of stringent restrictions. The morbidity situation in Israel is approaching the goal set by the Ministry of Health, towards the transition to the reality of “tightened restraint” – which will include the complete closure of street shops, malls and markets. Also, schools in the red and orange cities will be closed. Minister Deri in an interview tonight (Wednesday) with the “Savings Plan”: “I see no way to reduce the morbidity without tightened restraint.”

Minister Deri said in an interview: “At the rate of increase of patients as it seems now – they will have to take steps, it is not known if immediately, of tightened restraint. We are on our way there unfortunately the rabbi.” In addition, Deri stated that he intends to get vaccinated against the corona and called on the entire public, and in particular the ultra-Orthodox public, to get vaccinated to moderate the plague.

The original cabinet decision includes another dramatic move – if the tight restraint does not significantly reduce morbidity within three weeks, Israel will go into full closure, third in number. The Ministry of Health estimates that the trade will be closed within 5 days.

In an interview with Brill Group Chairman Shahar Turgeman in the “Savings Plan”, he threatened that businesses and the trade industry would not meet the new restrictions under the definition of “tightening restraint.” commercialize. “It is related to the corona incubator at Ben Gurion Airport, bringing the virus from Dubai to Israel, for lack of enforcement on isolation violators,” he said. “Whoever thinks that he will close only the trade and everything else will be left open – is wrong. Either there will be a complete closure or the trade will only be closed in a red city.”

Again: a political confrontation between Ganz and Netanyahu

The “tightened restraint” plan also leads to another political confrontation between Netanyahu and Ganz. In blue and white requires another convening of the Cabinet to re-approve the restriction plan. Prime Minister Netanyahu, on the other hand, opposes and claims: We have already voted on the outline, I will not allow the decisions to be changed – certainly when half of the cabinet is against me. In blue and white, Netanyahu is accused of delaying the cabinet meeting because of what they define as the “vaccine festival.”

At the same time, Gantz demands that the Cabinet approve the full outline of vaccinations – not only priorities but also the exact pace: how many people will be vaccinated each day and when.

The Ministry of Health will recommend defining all countries as “red”

The Ministry of Health has decided to recommend that all countries in the world be made red, in an attempt to prevent the virus from arriving abroad and spreading it in Israel. The final decision will be made tomorrow.

During an internal hearing ahead of tomorrow’s hearing, in which they are expected to decide which country will turn red, the Ministry of Health decided on their position – which is considered exceptional. If the final decision is made tomorrow, within a week all returnees from abroad will be forced to go into solitary confinement according to the guidelines.