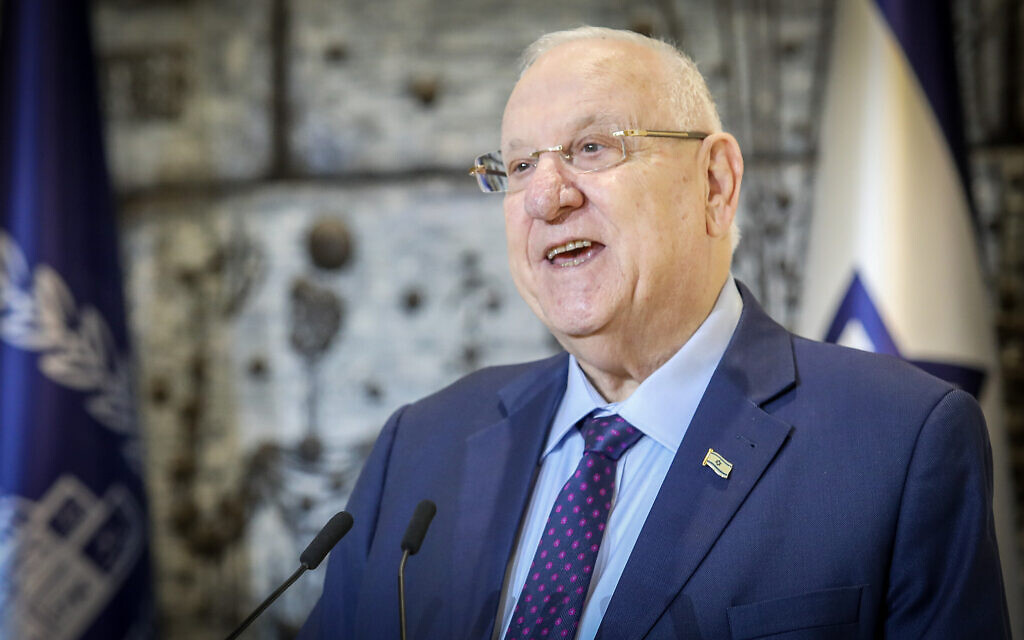 Prime Minister Benjamin Netanyahu, President Reuven Rivlin, and IDF Chief of Staff Aviv Kohavi will all be vaccinated against coronavirus in the coming days, their offices said, as leaders try to be example for the people of Israel.

Israel is preparing to launch a major vaccination program next week, with the government setting a target of 60,000 vaccines per day once the drive begins, meaning two million Israelis could receive the vaccine before end of January.

The network said the Moderna vaccine, which could receive emergency approval from U.S. regulators within days, as well as a vaccine issued by AstraZeneca, is not expected to reach Israel before April.

Netanyahu, who announced last week that he was the first Israeli to receive the Pfizer COVID-19 vaccine, confirmed on Wednesday that he would receive the vaccine on Saturday night, while Israel was willing to launch a national vaccination campaign. launched.

“I wanted to get the first vaccine as an example and to convince you that you can and must get the vaccine,” he said in a statement from the Prime Minister’s Office.

Rivlin will receive the vaccine Sunday at Hadassah Ein Kerem Hospital in Jerusalem, according to a statement Wednesday from the Presidential Residence.

“The president will visit the hospital to mark the beginning of the vaccination process of the medical teams, and congratulate them on the commendable work they have done during the fight against coronavirus across the country,” the statement said.

And Israeli Defense Forces said they would begin vaccinating soldiers by the end of next month at a required level. IDF Chief of Staff Aviv Kohavi will receive the first dose of the vaccine on Sunday to set a “personal example” for the rest of the troops, the army said.

As soon as large quantities of the coronavirus vaccine arrive in Israel in the coming weeks, the military will begin vaccinating soldiers at a larger scale.

Meanwhile the Ministry of Health on Wednesday released a detailed list of who would be included first when the vaccination campaign begins next week.

Later in the first phase, the Ministry of Health said those in at-risk groups and anyone over 60 would be vaccinated at HMOs. Next will be those with medical illnesses that put them at particular risk; Israelis working in high-risk virus operations such as teachers, social workers, first responders, and prison and prison workers; and Israeli Defense Forces soldiers and other security guards.

The rest of the population will eventually arrive, with a timeline based on how many doses Israel will reach and the level of demand from the priority groups. Netanyahu said if there are more doses, the public will be allowed to get the vaccine sooner.

Several organizations are not vaccinated at this stage, including those who have survived COVID-19; women who are pregnant or pregnant – or soon planning to become pregnant; people with a history of severe allergic reactions; and Israelis under 16.

The vaccine campaign was originally expected to be moved up to next week from Dec. 27, after the U.S. Food and Drug Administration approved Pfizer vaccine over the weekend.

They have also agreed to buy 6 million doses from Moderna, enough for 3 million Israelis. The FDA said Tuesday there were no “specific safety concerns” with the Moderna vaccine and it is expected to receive final approval from U.S. regulators soon.

An Israeli nurse seen during a similar vaccination against the coronavirus, at the Sheba Medical Center in Ramat Gan. (Miriam Alster / Flash90)

Moderna’s chief medical officer, who is in Israel, said last month that Israel would be one of the first countries to receive its vaccine once it is adopted.

The government has set a target of 60,000 vaccinations every day once the drive begins, meaning 2 million Israelis would have been vaccinated by the end of January.