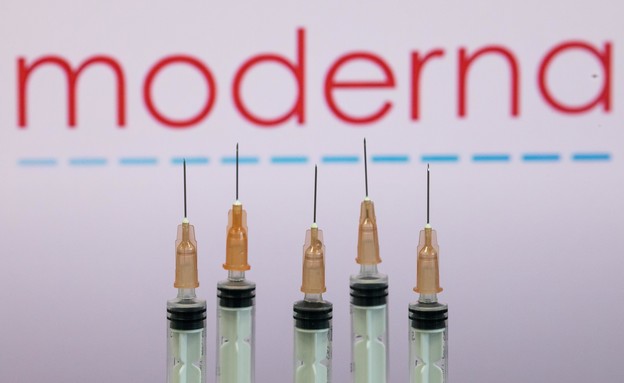 The vaccination campaign for Corona is about to begin in Israel, and the question of how much the Israelis will cooperate with it and get vaccinated hovers in the air. The technologies are innovative, the certifications are fast, and the questions the public have around them are many. In the coming days we will try to answer one question at a time, based on research information and conversations with experts so that we can all finally make informed decisions.

The modern company has released its full results from its trial of the corona vaccine (Covid-19), and according to all estimates, they are sufficient for the vaccine to be approved by the FDA, the US Food and Drug Administration, by the end of the week. If that does happen, Modern’s vaccine will join Pfizer’s vaccine, which has already been approved. So what can we learn from the comparison between the full results published by the two companies?

First of all, it is important to say that both vaccines look excellent, certainly in relation to the expectations that were a moment before Pfizer’s first results were published in early November. The two vaccines are also very similar to each other, since they are based on the same technology. However, there are nuances.

Elderly population: Slight advantage to Pfizer aged 65 and over

There is a slight difference between the vaccines and the efficacy that they have in the older group. Pfizer’s vaccine has achieved 95% efficacy in all populations, including adults and those with coronary heart disease. Moderna’s vaccine achieved 94.1% efficacy in all populations, and this vaccine was also effective in people with various background diseases. However, in adults aged 65 and over, it was 86% effective. It’s still a very effective vaccine, and the difference may be accidental, but this figure can also answer the question of who should get Pfizer’s vaccine and who’s modern.

Side effects: Both experiments indicate safety

Comparing the safety data makes it possible to see the overall safety profile of RNA vaccines. Both vaccines caused transient side effects two days after the injection – headaches, weakness, muscle aches and fever – known effects of immune system activity. A particular phenomenon appeared with a frequency of more than 50% in both vaccines, although the symptoms appeared, albeit with a lower frequency, also in the control group. The symptoms in the modern group appeared to be slightly higher than in the Pfizer vaccine, but the differences were not dramatic.

Regarding more serious side effects, in Pfizer’s experiment, four volunteers in the experimental group suffered from Bell’s paralysis, a paralysis of the facial nerves that is usually transient, but not always. In Moderna’s experiment, such a paralysis had 3 volunteers in the experimental group and 1 in the control group. Bell’s palsy is a phenomenon that occurs with an incidence of 15-30 cases per 100,000 people, that is, the numbers in these trials correspond to the prevalence of the phenomenon in the population, but the bias “in favor” of the experimental group justifies monitoring this side effect among future vaccinators. Many natural infections cause this phenomenon, including the corona virus itself. Other than that, no serious side effects were seen that appeared to be related to the vaccine.

In a modern but not Pfizer experiment, a phenomenon of facial swelling appeared in three women who underwent fillers injections in the facial area. This phenomenon sometimes occurs in the case of natural infections, and seems to be a reaction of the immune system that triggers the injected substances. The symptoms were not severe.

In both trials there were no serious side effects in patients with allergies. However, they did not include people with very severe allergies. On the first day of using the Pfizer vaccine in the UK, two cases of a strong allergic reaction (but not in the intensity of a life-threatening anaphylactic market) were recorded among patients who had suffered from anaphylactic market in the past.

In the UK it has been decided not to vaccinate people who have suffered from such a market in the past and in the US it is said that if they are not allergic specifically to the vaccine and its ingredients, they can get the vaccine at an allergy clinic. And not after the second dose – strengthens the confidence in giving it to people who are not currently known to be allergic.

The two experiments appear to support each other, and the efficacy and safety of RNA vaccine technology for corona.

>> Avoid bread? There is one type that should not be given up

Logistics: The advantage of modernity is less significant here

At the logistical level, Modern’s vaccine has an advantage over Pfizer’s vaccine because it can be transported at a temperature of minus 20 degrees, ie in a standard freezer. Pfizer’s vaccine requires storage at minus 70 degrees, which requires a transport system with freezer packaging and unique freezers. From the Israeli point of view, the freezing chain at minus seventy degrees works, and the logistical advantage for modernity becomes less significant. At the end point, Moderna’s vaccine lasts in a regular refrigerator for 30 days, so it can give the warehouse agent more flexibility. For the vaccinated, this is not significant.

Supply: Rate of arrival of vaccines in question

Now the only question left is what rate we will get each of the vaccines. Several hundred thousand Pfizer vaccine doses have already arrived in the country, but now that the vaccine has been approved for marketing in the US, it is not clear what the delivery rate of vaccine doses will be later in Israel. Moderna vaccines are scheduled to arrive here from the plant in Switzerland in early January.

The article first appeared in Globes