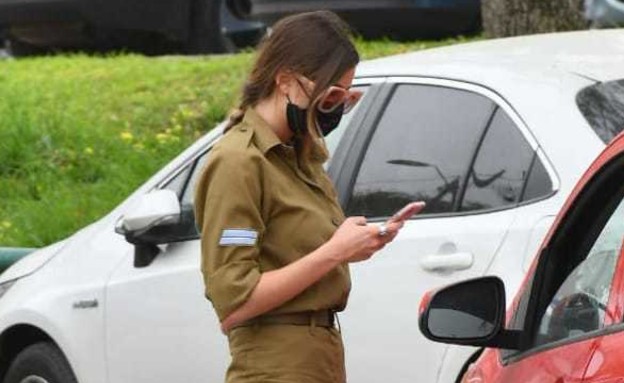 When Gal Gvaram (only 19 years old) accepted the coveted offer to enter the “Big Brother” house, she did not let the fact that she was a soldier in the IDF interfere with her and decided to sign a DHS (deferment of service) and enter the most filmed house in the country. Although she left the house earlier than expected, Gvaram was one of the beloved tenants and even managed to fall in love with the audience.

In the “Big Brother” house, Gvaram, represented by the Eleanor Shachar agency, met Tom Haimov, whom she supported until the last minute. Yesterday he left the house in the third and most honorable place and already this morning (Tuesday) she found herself once again in uniform and returning to serve the country at a base in the center of the country.

“I’m not disappointed that Tom did not win, I’m also very happy that Zehava won,” Gvaram told our photographer who was waiting for her at the base, “Tom and I won each other. At home, our parents already knew him and he also met my mother. “

“He was really happy to see everyone. We were together all morning, I got up early because I had to go back to the army and I’m very excited about that too. It’s crazy timing. I knew it would happen, my deferment of service was until that date. I’m excited to return to the military. “Even to postpone it, I wanted to advance my return to the base. I do not need more than that, I return to being the soldier I was before.”