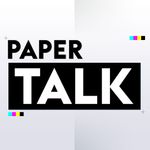 Back page headlines and rumors shifted from Thursday newspapers …

Chelsea are confident they can hang on to Olivier Giroud in January and continue to show the striker he will play enough to hold on to his place in the French squad for next summer’s European Championships.

The defense of the Exeter Champions Cup is in jeopardy after they postponed their game against Toulouse, which was scheduled for Sunday, after several Exeter players and staff tested positive for Covid-19.

The Professional Footballers Association is asking players throughout the game whether teams should stop on the knee before starting.

The Rugby Football Union is coming under intense pressure to publish its latest head injury data following the allegations of concussion negligence that have hit the sport hard.

Manchester City appear to be selling Jayden Braaf’s illustrious talent just a year after the youngster committed to his club in the long run.

It is reported that Liverpool are ready to begin talks with Virgil van Dijk about a new five-year contract in the new year.

Barnsley midfielder Herbie Kane has admitted he is sorry to have joined Liverpool at the age of 15, saying his time at Anfield was not “as good”.

Everton’s Yannick Bolasie is expected to be given a runaway from his Everton tragedy by Middlesbrough.

Chelsea are expected to give Marc Guehi the chance to become the newest academy player to break into the first team.

A grandfather who lost his van to Jack Grealish is still waiting to call and apologize.

Sam Allardyce will receive a £ 1.5m bonus to keep West Brom in the Premier League.

Charly Musonda is expected to complete the hell of a 15-month-old Chelsea injury after recovering from a serious knee injury.

It is reported that Juventus have opened talks with Mino Raiola as they look to re-sign Paul Pogba.

Massimiliano Allegri recently admitted he wants to rule in the Premier League, as pressure grows on Arsenal boss Mikel Arteta.

Liverpool have identified Renato Sanches as a potential replacement for Georginio Wijnaldum.

Barcelona presidential candidate Joan Laporta has admitted that Lionel Messi could earn more if he chooses to leave Nou Camp in the summer.

Sheffield ‘s windows on Wednesday are on the rise after it emerged that their players are regretting not being paid in full.

Sam Allardyce has signed a contract that includes a breakout clause if West Brom are let down and a seven-figure bonus if he succeeds in holding on to the top flight.

Rangers managing director Stewart Robertson has warned that Scottish football is set to become “unethical” if clubs do not become more vocal in their demands for change.

The competition watchdog has launched an investigation into setting the prices of replica Rangers football sold by JD Sports and other retailers.

Bob Marley was a fan of Celtic FC who kept videos of their Old Firm games and retold his children with stories about the club, his son has revealed.

The Scottish Government has been warned that there is just one week left to save the Competition from a financial crisis that could see clubs go bankrupt for Christmas.