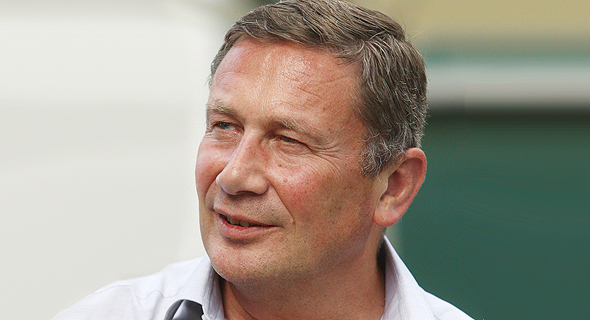 The IDB Holdings issue continues to employ Nochi Dankner at the civil level: This week, Dankner asked the district court to reject the NIS 90 million approval of the class action lawsuit, which was filed against him and capital market man Itai Strum, in 2018, following the damages of the affair. Convicted of running stocks.

Among other things, Dankner claims in summaries he filed in the case, through attorneys Nir Cohen and Amir Ben-Artzi, that if the investors who participated in what became known as the “Friends Issue” were interested in suing him, they could do so – but they chose not to – “and vice versa – dozens Retirement notices filed so far reflect their will. “Dankner further claimed that the person who filed the class action lawsuit would throw in this case the verdicts in the criminal proceedings, but” this claim of the applicant is incorrect. “Dankner’s claims were submitted in summaries he filed several days ago with the department. Economic in the Tel Aviv District Court.

The criminal part in the IDB Holdings share run case came to an end in August 2018, when the Supreme Court sent Dankner to three years in prison. In February 2020, after 16 months in prison, Dankner was released after his sentence was shortened. Strum was released from prison in July 2019.

Dankner’s summaries were filed as part of an application for approval of a class action lawsuit filed against him and Strum. The applicant, Aryeh Rahav, argued through attorneys Sinai Elias and Eitan Haimovich that the prosecution’s case “in a fraudulent case in the Israeli capital market … In the sentence, the court detailed the serious harm caused by Dankner and Strum’s actions to the public interest, including protecting the investing public from Artificial intervention in the capital market. “Rahav argued that Dankner’s conviction in the share run program” leads to the obligatory conclusion that concealing the fraudulent plan to affect IDB’s securities prices constitutes a concealment of very material details from the investing public. “

Rahav further claimed that he purchased (and subsequently sold, LD) securities on February 23, 2012 on the basis of false and misleading science and at a price resulting from the securities operations in the securities for which Dankner and Strum are responsible. On the other hand, Dankner and Strum, each separately, rejected the claims. Dankner and Strum recently asked to add Adi Sheleg, who was a state witness in the case, as a defendant in the civil proceedings. In fact, the two sought court approval to submit third-party notices to Adi Sheleg and others. On the other hand, Sheleg, through attorney Yitzhak Junger, claimed that “Before us is a clear case of a campaign of revenge on the part of Nochi Dankner and Itai Shtrum in snow witnesses who testified against them in the criminal proceedings.”

Dankner claims in the summaries that “most of the members of the group are those who participated in the issuance of IDB Holdings, known as the ‘issuance of members’. This is a limited number of investors, most of whom are classified, identified and can be easily identified whose financial ‘damage’ is high and if they were interested. They could have sued Dankner. But they did not. On the contrary – dozens of retirement notices submitted so far reflect the desire of about 40 percent of the group members (who have not yet been approved) not to take part in the proceedings, whatever the outcome. In these circumstances there is no basis in law “Allow the applicant to file a class action and in this way force the investors in the IPO to file a lawsuit that they did not want, especially where the applicant Rahav did not purchase the shares in the IPO and is not part of the group.”

Dankner also mentions in his summaries that despite his conviction, the court ruled that the fact that he enlisted himself and invested many dictionaries in the IPO and also recruited his family members “does not indicate who intended to ‘sting’ capital market factors, but who wanted to believe he could raise the company through this move. On the tracks of standard and regular activity. ” Dankner notes that dozens of retirement announcements have been submitted so far, “reflecting the desire of investors who purchased shares in the issue in the amount of NIS 126 million, not to take part in this procedure.”

Calcalist recently revealed that among the businessmen who signed a retirement announcement can be found Ilan Ben Dov, Shlomo Eliyahu, Yair Hamburger, Raya Strauss, Eitan Eldar, Dankner’s father Yitzhak, Gilad Tisona (friend of Omar Dankner, Nochi’s son) and more. Those same investors actually sought to exclude them from the group of potential victims, so to speak.

Strum also submitted his summaries in the case and noted that the application should be denied. Through Adv. Zvi Agmon, Shtrum claims that “the ruling stated that some of the prohibited trading activities may be attributed to the respondents (Shtrum and Dankner-L.D.) during the IPO, but the applicant tries to present the verdict incorrectly and intensifies and builds strings of claims that are not Stem from the verdict. “