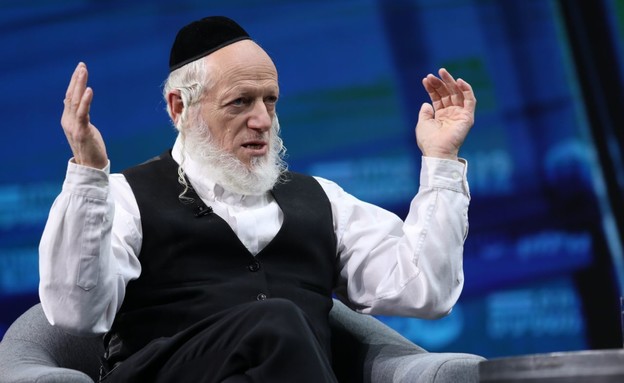 Since the Judea Silk Gold affair exploded last week in Haaretz, more and more evidence of crimes he allegedly committed is being exposed. One of the difficult questions that has arisen is how for so many years no one has complained against gold silk, even though he is suspected of raping, assaulting and harassing dozens – if not more – women and men, some of them minors? Tonight we revealed in “Ulpan Shishi” the testimony of one of the victims, who candidly tells why he did not complain, and what the rabbi told him this week, asking him whether to go to the police now.

It turns out that the suspicion that he committed sexual offenses arose in a police investigation as early as 2013, but then none of the victims dared to testify with the police. Even now, these days, the campaign of silence in some of the ultra-Orthodox sector continues even more, as L. tells us when we asked him if, after being injured, you knew that there were more victims.

“Obviously, what is the question at all,” L. said. “He would come with a new car to the neighborhood, let all the children drive the car within a hundred gates and would mess with them while driving. We did not hear that – we saw, we felt.” According to him, only pressure on the rabbis will lead to complaints starting to reach the police. “That’s what will open it all up. One rabbi did not tell us to go out (with it), so why should we go out?”.

L. believes that this is not a passive sweep under the rug – but an active concealment. “It’s not that they sit on the sidelines and do nothing – one night a week they urgently called me a very very important rabbi and he told me: ‘Defamation that this (complaint to the police) causes – the damage is greater, what to do’. I was with tears in my eyes.” Why blasphemy? “Because then in the secular talkbacks they write ‘there is no God’ and after all the stories they no longer believe – it is blasphemy.”

L. testified that even today, when he understands the pressure system differently than he understood in his youth, he does not intend to testify to the police: “I have a rabbi, and I do what the rabbi says, that they will just say we are not ‘removed’, give us only permission to testify – and see what happens “.

C., who was allegedly injured by a gold silk 25 years ago and is now a father of children, also understands the absurdity of silence. He himself is tormented by the fact that he has not yet mustered the courage to complain and come out against the rabbis who are reserved to draw a line. “How did such a monster go around for 30 years among people? How can it be? How can it be that your father’s and grandfather’s friends knew, and no one did anything? The new generation must not go through what we went through. “And the whole system here is screwed up.”

In his defense, associates of Golden Silk claim that the relationship was consensual and paid. We got to M. – a woman who claims that Golden Sun paid her eight years ago for sex, something that if done today would have been considered a criminal offense. The things she says she heard from him were verified by a polygraph test. “I have no idea why he felt really open to talking about the most … horrible, lustful things … it felt to me like he needed it more than sex. To me, he is a monster. “

The focus of the police investigation in 2013 was on irregularities in the management of funds in the ZKA, and allegations were investigated that Zeshi Zahav used donations. The investigation was closed. M. said: On apartments, on flights abroad, on all this stuff – it’s just from the ZKA. And when he opens his wallet you see stupas of dollars. He said it – ‘I enjoy the power I have, I enjoy the publicity and I enjoy the money’. And yes, it’s money that comes from donations from ZKA.

The ZAKA stated: “The actions described in the media are far from the values ​​that the ZAKA organization follows and there is no appropriate word of condemnation that can express the hard feeling, disgust and shock. ZAKA is a special manager who will lead the thousands of volunteers to continue regular operational action. “ZAKA’s organization, under its current management, has been praised and properly financially managed for the past eight years. Zahi Zahav has not had access to financial issues for many years.”

Assisted in the preparation of the article: Eli Hirschman.