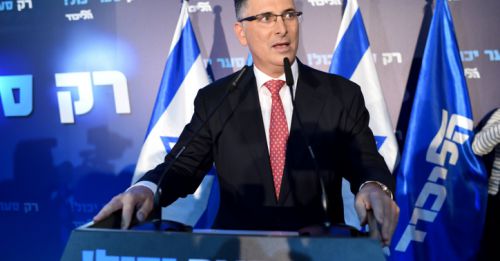 Gideon Saar today launched the rules of his new party, entitled “New Hope – Unity for Israel.” The party’s bylaws detail the clauses that actually give the party the absolute power in the party.

According to the articles in the party’s bylaws, Saar is the founding party chairman, and MK Yifat Shasha Bitton is the deputy and acting founding chairman.

Gideon Saar reveals the name of the party and the platform

The party chairman elects the members of the party’s management and the CEO, and according to the bylaws he must consult with his deputy. Another section stipulates that Saar will be the party’s representative or appoint the party’s incumbent under the Parties Law, will be at the top of the list of Knesset candidates on behalf of the party, while Shasha-Bitton will be placed in second place – as long as the party chairman is the founding party chairman.

In the case of the formation of a government, he will conduct the coalition negotiations on behalf of the party, himself or through whoever he appoints for that purpose, summarize the composition of the coalition and appoint the ministers, deputy ministers and other positions entrusted to the party. He will determine the identities of the party officials, also here in consultation with the deputy.

In the future, a committee is expected to be set up to establish permanent bylaws as well as its democratic nature – that is, the possibility of primaries – but in the meantime, in the basic period, all decisions are in the hands of Saar.